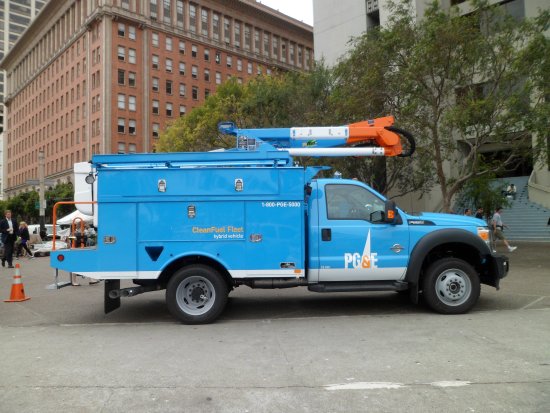 Pacific Gas & Electric recently hosted its Green Fleet Roadshow event on Justin Herman Plaza in San Francisco in conjunction with the Plug-In Electric Vehicle Collaborative conference at the Hyatt. Some of the vehicles PG&E has been bringing into its fleet include: