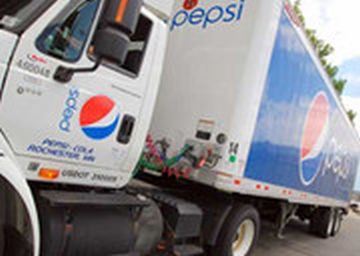 PepsiCo has kept 55,000 metric tons of carbon dioxide out of the atmosphere by reducing fuel consumption in its transportation fleet by 24 percent since 2010, and is looking to further reduce fuel consumption for its trucks and vehicles, according to Green Century Capital Management, which has been in discussions with Pepsi about its climate change efforts.

The US transportation sector produces about 30 percent of the nation’s carbon emissions.

To fuel its trucks, Pepsi purchases oil from a variety of sources — including oil strip mined from the Alberta tar sands. Currently, most refining and processing plants combine fuel from all sources into their final product, meaning that changes need to be made along the supply chain to make lower carbon fuels available.

Pepsi’s plan includes implementing a formal request for proposal process seeking low carbon fuel alternatives from its suppliers. In addition, Pepsi will work through the Business for Social Responsibility’s (BSR) Future of Fuels program on finding ways to reduce the carbon intensity of its fleet.

In September, Pepsi set a goal that by 2020 all of its future point-of-sale equipment (coolers, vending machines and fountain dispensers) purchased in the US will be hydroflourocarbon-free.