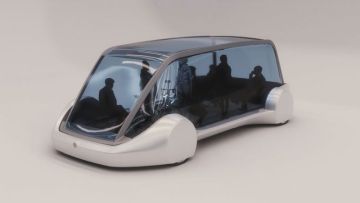 The Boring Co.’s “urban loop” would have thousands of small stations, each about the size of a parking space, where people can hop on and off, getting passengers closer to their destinations and “blend seamlessly into the fabric of a city, rather than a small number of big stations like a subway.”

The system “will still transport cars but only after all personalized mass transit needs are met,” Musk wrote on Twitter. “It’s a matter of courtesy and fairness. If someone can’t afford a car, they should go first.”

Read the article at Bloomberg Technology.

Mar 12, 2018connieshedron
Automakers are Lagging on Safety FeaturesWorking on Your To-Dos and Making Them Work for You