‘Over-Connected and Behind the Wheel’ – Senate Takes on Distracted Driving 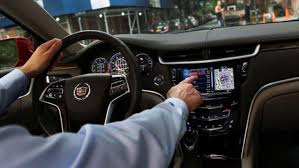 The participants in the panels will consist of representatives from a variety of industries, including consumer electronics, software, the automakers, as well as safety agencies and government officials.

A recent report on distracted driving in California found that, at any given time, 7.4 % of California drivers are using cell phones. Texting or talking was blamed for 139 deaths and nearly 11,000 injuries in 2012, according to California state safety officials. Nationwide, the National Highway Traffic Safety Administration estimates that in 2012, about 10% of traffic deaths were caused by distracted driving.