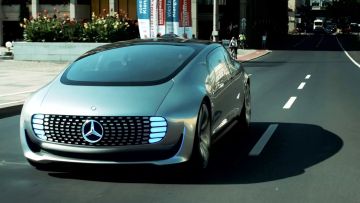 Diesel power for Mercedes cars is here to stay, even as electric cars and electrified mobility spreads throughout its passenger and commercial vehicles, and even its global partnerships.

Despite a German court ruling that said cities could legally ban older diesels in an effort to reduce dangerous levels of nitrogen oxides that contribute to air pollution, Daimler will not change its diesel strategy.

“Customers around the world have distinct needs,” said Ola Källenius, head of Daimler research and product development added that it would be “unwise” for Mercedes-Benz to rule out diesel altogether as a choice. Källenius says the diesels his company now sells, and those currently under development, emit 15 to 20 percent less carbon dioxide than their gasoline counterparts.