Negligent Entrustment: What It Is and How to Avoid It 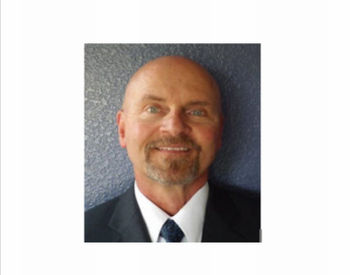 This month’s column explores the importance of putting only qualified drivers behind the wheel of your company vehicles. Seems simple enough, right? Isn’t holding a driver’s license evidence enough that the driver has been deemed qualified by the government, and therefore the company can rely on that?

Unfortunately for unknowing fleet managers, there can be a huge disconnect between being licensed and being qualified to drive for commercial (company) business. Many people think “commercial driving” refers only to truckers or bus drivers, and while those two categories do require drivers to hold a Commercial Driver’s License (CDL), anyone driving in the scope of employment is actually driving commercially, even though a CDL may not be required.

“OK, I now understand all my fleet drivers are considered ‘commercial drivers’ — what does that mean to me and my employer?” The answer is: “A LOT”. A lot of risk. A lot of potential liability and possible punitive penalties. A lot of screening, testing, training, and documenting is needed to avoid (or at least reduce) that risk and those penalties. Under the legal doctrine of “Respondeat Superior” (Latin for “Let the Master answer”), the employer (Master) is responsible for the actions of its employees.

Therefore, someone driving on company business, even if driving is not their primary job, is driving commercially and the employer is responsible for ensuring that the driver is not needlessly and/or recklessly putting the public at risk. Failure to do so can result in lawsuits claiming “Negligent Entrustment” (and/or the related Negligent Hiring, Negligent Retention, Negligent Training, Negligent Supervision), resulting in large liability settlements and possible punitive damages. Be aware that punitive damages, as the name implies, are meant to punish a company, and are generally not covered by insurance.

“If a plaintiff proves these elements, an owner may be liable for the full amount of damages caused by the driver. In some instances, the plaintiff may also recover Punitive Damages from the owner, particularly if the owner himself acted recklessly in entrusting the vehicle to the driver (Allstate Ins. Co. v. Wade, 579 S.E.2d 180 [Va. 2003]). ”

The meaning of unlicensed driver’ is obvious, but how is incompetent or reckless driver defined? Those are somewhat vague terms, but having multiple crashes or moving violations will surely be used by a plaintiff’s counsel to build their case against your company. Likewise, failure to properly train your drivers, especially ones involved in crashes or moving violations, also helps a plaintiff’s attorney make their case.

How do you reduce the risk of Negligent Entrustment?
You should qualify your drivers before assigning them a vehicle. Here’s what I recommend:

• Screen drivers before hire and on a regular basis thereafter. Make the job offer contingent on the driver meeting a strict company standard. Most “risk aware” companies re-check MVRs at least annually, and more often when there is cause, such as crashes, traffic tickets, or repeated “1-800 How’s My Driving?”-type complaints. It’s important to note that any and all moving violations, including those incurred while driving a personal vehicle on personal business, will be used in court to determine a driver’s safety record.

• Train your drivers before or soon after being assigned a vehicle, periodically thereafter, and especially when there is cause (e.g. crashes, tickets, complaints).

• Test your drivers to make sure they can safely operate their vehicle. Ideally have the driver’s supervisor ride with and observe the driver on a periodic basis. Some companies make this a part of the employees’ annual performance reviews.

• Document! If you can’t provide documentation proving that you have screened, trained, and addressed potential problems with a driver, you will likely have a very tough time defending against a claim of Negligent Entrustment.

The use of Contractors (non-employees) can also subject a company to claims of negligent entrustment, depending largely on any indemnification terms stated (or absent) in the Employer/Contractor Agreement. This may be the subject of further discussion in a future column.

Randy Shadley, CAFM, has an extensive background in fleet safety management, both as a corporate fleet safety manager and a manager for a fleet accident and safety provider. He is Account Manager and Fleet Safety Specialist at Corporate Claims Management and leads his own company, ProFleet Solutions, LLC.  There he uses his “big fleet” expertise to help smaller companies improve their fleet and fleet safety programs. Contact him at randy.profleet@gmail.com or (303) 472 – 2227 if you would like a free, no obligation review of your current programs.