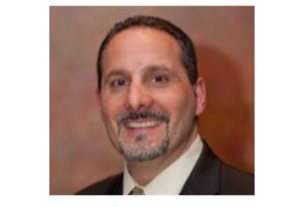 2018 registrations eclipsed its conference and Expo record previously set in 2013.

With the final numbers in hand, NAFA proudly announces that 1,166 fleet professionals registered for its 2018 I&E, which took place April 24-27 in Anaheim, Calif. I&E remains the industry’s largest learning and networking event by bringing together the most fleet professionals year after year.

NAFA’s I&E is not only the conference fleet professionals trust most, but I&E is the conference they endorse and will recommend to their peers. From 2009 to 2018, conference and Expo attendance has grown by 59 percent, while total attendance (including exhibitors) has grown 50 percent.

“I&E is the recognized leader in fleet and mobility education and networking,” said NAFA Chief Executive Officer Phillip E. Russo, CAE. “Each year finds I&E continuing to grow and expand its value to fleet and mobility professionals, and to the companies and organizations that return their employees again and again. I&E is a known-quantity that delivers consistently and definitively.”

Russo added, “Using the valuable feedback from members and attendees, NAFA’s staff will begin work on the 2019 edition of the conference, taking place in a new three-day configuration April 15-17, in Louisville, Ky. Thanks go to all who attended the conference in 2018 for making it a resounding success.”

More information can be found at http://www.nafainstitute.org, including advance details regarding NAFA’s 2019 Institute & Expo in Louisville, Ky.