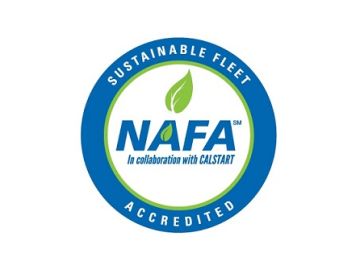 ”The parameters of the Phase 2 rules do not take into account the realities of fleet operations,” said NAFA’s Chief Executive Officer Phillip E. Russo, CAE. ”The federal government has overestimated the impact of the new standards by assuming a more robust and fuller adoption of the standards by fleets over a shorter period of time. The fact is that fleets will face increased costs for vehicles and maintenance associated with new technologies. “

Fleet managers appreciate the importance of continual improvement in emissions, but many have seen maintenance cost increases triple the rate of inflation since 2007 as a result of government regulations. Many have experienced increases in engine, exhaust, cooling and fuel system repair costs from 2010-2014 related to engine emissions complexity. As a result, vehicle and operational costs have risen significantly over the past 12 years.

During the rulemaking, NAFA repeatedly voiced its commitment to improving vehicle efficiency and reducing emissions. The NAFA Sustainable Fleet Accreditation Program is a pioneering movement in fleet management, emphasizing the economic and environmental benefits and overall importance of sustainability. But NAFA also repeatedly said the proposed Phase 2 standards must be affordable, must not compromise performance, and must recognize the diverse needs of companies and agencies that depend on vocational vehicles and heavy-duty vehicles.

In NAFA’s opinion, EPA and NTHSA ignored these concerns, subjecting fleets to standards and technologies for which they are not prepared and cannot afford, and spurring unintended negative consequences for the industry. Fleets will be forced to purchase technologies that are not thoroughly tested and ready for marketplace introduction, which increases costs, inefficiencies, and uncertainties to the transport segment, and could nullify the proposed intentions of reducing vehicle emissions.

Russo concluded, ”NAFA believes the impact of this rule for medium- and heavy-duty engines and vehicles is ultimately unproductive, offering dubious prospects of providing sustainable gains. Our association emphatically objects to the final rule.”