UK Conference: Fleets Need City and Regional Governments to Nudge Mobility as a Service Out of its Infancy 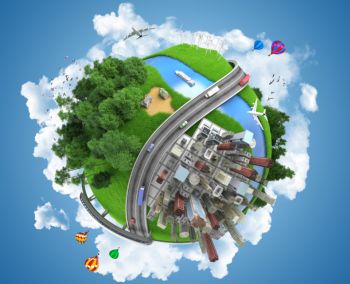 While mobility as a Service, or “MaaS,” is being touted as the future of fleet management, it’s still in its infancy and needs city and regional governments to do much more to make it a mature reality. That was the consensus at a two-day conference in London this month called Smart Mobility & Transportation 2019.

For fleet managers, MaaS means managing a budget that covers every way that employees travel on the job, including ride-hailing, taxis, airplanes, and public transit. The goal for fleets is cost-savings derived in large measure from reducing the vehicles they own or lease and maximizing the use of the ones they continue to own.

For governments, as conference speakers indicated, the ultimate goals are different, but overlap and are complementary with fleets’. The first is to reduce traffic congestion, and the second, which is closely related, is to reduce carbon emissions in urban centers. And from the point of view of the agency representatives who spoke at the London conference, there are two basic solutions: first, to find ways to take more people out of cars and onto public buses, trains and subways; and second, to make urban area automobile traffic move faster, safer and more smoothly than it does today.

Cities have already taken steps to achieve these goals through regulation. Among them are new fees to drive into city centers and the announcement of prospective banning of internal combustion engines from cities.  But the primary focus of the conference was on technology, which was suggested as the answer to a question posed by one of the keynote speakers: can MaaS solve European cities’ public transport problems?

One vision discussed throughout the two-day event is to knit together the various operators of train, bus, subway, taxis, ride-sharing services and shared scooters and taxis into a unified whole so that consumers can create a single account to travel on all of them and pay for it.  Such a system would also need to offer riders an online platform to plan journeys by posting schedules, real-time estimated travel times, prices for each journey leg, and locations where the transport modes are available.

Other topics included the status and results of pilots of advanced methods of electrified and “smart” automobiles.  Fully electrified vehicles, of which there is currently a small but growing number are expected to solve the tailpipe emissions problem, and governments were encouraged to do more to stimulate their adoption.  One consideration talked about was how governments could support an increase in the number of public charging stations.

As for the congestion problem, wirelessly connected and, eventually, fully autonomous vehicles were seen as the ultimate solution.  With the proper information wirelessly transmitted to connected vehicles, it’s hope that congestion can be alleviated by enabling automobiles to move safely with closer following distances, by minimizing accidents, and by re-routing vehicles to avoid traffic jams.

But to achieve that vision, city and regional planners need to overcome a number of challenges:

Speakers at the event also addressed the possibility of unintended consequences as MaaS evolves at different rates for different modes. Among those mentioned were a possibility that MaaS could actually increase traffic congestion if ride-sharing and taxi services cause a further shift away from public transport.

Other issues discussed that could cause the maturity of MaaS to stumble include benefit-cancelling competition between transport providers within a MaaS provider’s package, the possibility for shared user data to be used in an anti-competitive or malicious manner, and the possibility that the basket of transport providers within a MaaS package will not prove attractive enough to users to bring about a shift to MaaS as a transport paradigm.