Letter from the Editor: Happy Holidays, and a Few Highlights 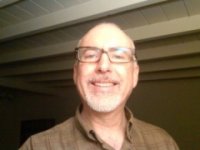 We hope you’re having a great holiday season with loved ones. Fleet Management Weekly will go on hiatus after this issue until the new year begins. As for this week’s issue, here are some highlights…..

• Fleet managers and automotive executives have been paying a lot of attention to NHTSA administrator David Strickland. He’s leaving the federal safety agency and a successor has yet to be named. Strickland has played a prominent role investigating the Toyota recalls and defining national fuel economy standards.
• For fleets complying with Federal Motor Carrier Safety Administration regulations, new requirements are approaching for electronic onboard recorders. GPS tracking software can be integrated with EOBR to bring much more to fleet managers.
• The holiday mantra of “it’s better to give than to receive” has been one NAFA has believed for quite a while. NAFA’s involvement with Habitat for Humanity began in 2009 when the Association’s annual conference was held in New Orleans as the city continued to recover from Hurricane Katrina. On December 11, NAFA was recognized by the Mid-Atlantic Society of Association Executives (MASAE) for the Association’s ongoing commitment to its community and the needs of others.