Is Car-Sharing a Solution for Grey Fleet Driver Risk? 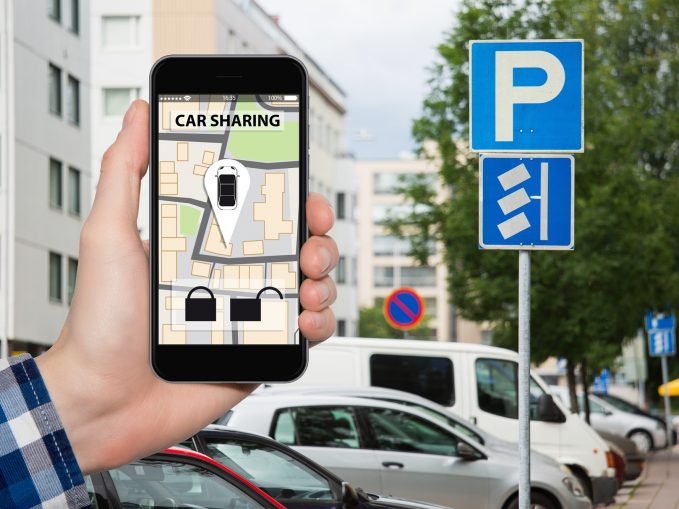 The so-called “mobility revolution” has a variety of dimensions: among the most prominent are connected vehicles, electric vehicles, autonomous vehicles, and ride-hailing as a more convenient alternative to hailing a taxi from a city sidewalk. By all accounts, the momentum for all of these continues to build.

One area that’s been faltering, at least in North America, is car-sharing. Over the last few months, a number of players in the business have scaled back their operations, leaving a handful of the biggest metropolitan areas in the U.S. and Canada, and a safe assumption is that the anticipated demand just hasn’t materialized, at least not yet.

So, it was with interest that I came across a press release last week from ANCAP Safety, the Australian affiliate of the world-wide non-profit organization that rates the safety of new cars. It was the headline that caught my eye: “Car-share offers alternative to ‘grey’ fleet vehicle use.”

Occasional company business drivers
I got started in the fleet industry in driver safety, and I was long familiar with the sometimes-overlooked vulnerability that grey fleet drivers pose to organizations. These are occasional drivers on company business, people who aren’t assigned a fleet vehicle because their jobs don’t depend on driving. Think desk-bound employees who run out to the store for office supplies, drive to headquarters from a satellite office or to professional society chapter meetings.

Typically, there are two common denominators to these drivers: they aren’t enrolled in the organization’s fleet safety program, and they drive their own vehicles. And it’s the latter that concerns ANCAP, because there’s no guarantee that grey fleet drivers’ cars are as safe to drive as the organization’s fleet vehicles. In fact, they may be poorly maintained, lack the latest in safety equipment or low-rated for safety even when new.

Safety and liability risk
What’s bad about that is obvious – those grey fleet drivers are at a higher risk of a collision and injury or death if a collision occurs. Worse, they may be found responsible for the accident, subjecting their fleet sponsor to liability in the millions of dollars.

This is one reason that organizations should enroll all of their employees and members of households of fleet drivers allowed to use a fleet vehicle in their fleet safety program. That means conducting periodic MVR checks, tracking their accident history, and requiring them to sign off on the fleet driver safety policy and completing driving safety lessons.

ANCAP’s release announced another solution: requiring grey fleet drivers to drive a 5-star safety rated vehicle that they secure from a car-sharing company instead of their own. One alternative is companies that cater only to individual consumers, including those that merely facilitate the sharing of privately-owned vehicles. In regard to the latter, there’s no guarantee that the vehicle will be in top condition or have the latest advanced driver safety assist technology.

What distinguishes car-sharing from renting a car is the time frame for which cars can be taken out. Instead of weekly or daily, car-sharing companies charge by the hour, although they generally require a membership or subscription fee. Another difference is that many offer the ability for customers to leave the car anywhere once they’re finished driving.

B2B companies are preferred
What ANCAP wants fleets to know is that there is another variety of car-sharing companies that cater to businesses, government and non-profit organizations. Such companies own their own fleet vehicles that are likely to have cutting edge safety systems and are well-maintained. In Australia, ANCAP announced a partnership with one of them GoGet, which operates only in that country.

But worldwide, there are others, including Maven (a GM subsidiary), Enterprise Car Share, Sixt, Zipcar, DriveNow. Their distinguishing characteristic is special pricing for volume transactions. Unfortunately, while the business remains robust in more highly urbanized Europe, the choices in North America are shrinking, as Car2Go (also known as Share Go), a joint venture between BMW and Daimler Benz, has dropped out of the U.S. and Canadian markets altogether and Maven has withdrawn from eight major cities, including Boston, Chicago and New York.

Worth a careful look
So, the possibility of resorting to car-sharing for upgrading grey fleet driver vehicles in North America is getting more difficult. But whether it’s the right option for any fleet depends on how it weighs the cost and the benefits.

When a grey fleet driver gets on the road, an organization’s only expense is reimbursement for mileage. Even for the largest companies, this surely represents a small fraction of their total mobility expense. What’s more, grey fleets rack up much smaller total miles per year, which means their drivers are exposed to much less road risk.

I have to wonder, however, whether any organization’s risk department has ever put a fine pencil to the calculation. Given the value of a single employee’s life and the damage to an organization it can suffer from a collision, I believe it’s time for every organization to take a careful look.

Mar 15, 2020Janice
FLD Updates WebAccess: An All-in-One Solution That Manages the Entire Remarketing Process from Any Smartphone, Tablet or ComputerCoronavirus Will Change How We Shop, Travel and Work for Years