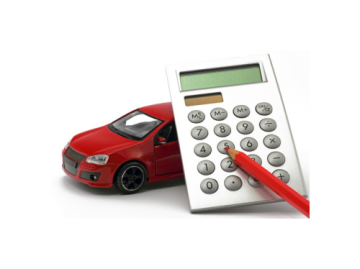 Even though they tend to file significantly fewer claims, a new study says auto insurers typically fail to give discounts to motorists who clock low mileage.

Only State Farm, among all the major auto insurance companies, routinely provided a discount for those who put on about 5,000 miles a year – roughly a third of the national norm – according to the study by the Consumer Federation of America.

The federation study was based on research using a hypothetical 30-year-old single woman with a perfect driving record. CFA applied for minimum state-required liability coverage in 10 cities around the country to calculate if, and by how much, mileage might impact insurance rates.

Other insurers generally offered little or no price break at all, said the CFA, even though actuarial studies indicate that the less mileage a motorist puts on each year the lower their likelihood of filing an insurance claim.

During an earnings call on May 6th, Allstate President Matthew Winter noted that a recent trend towards higher claims “is externally driven, primarily by miles driven.”

Officials from the CFA say that is supported by several studies, including a recent one conducted by the Wharton School. Titled, “The Use of Annual Mileage as a Rating Variable,” it concluded that, “annual mileage is an extremely powerful predictor of the number of claims at-fault.” A separate study by MIT found that those logging 30,000 miles a year submitted 60% more claims, each costing 43% more than someone clocking 10,000 miles annually.

On its website, Progressive Insurance notes that, “Many auto insurers ask customers to estimate their annual mileage when applying for a new policy.  These up-front estimates generally have a minimal influence on the overall premium.”

A variety of factors are typically used to calculate insurance rates, including age, sex, location and even job status, credit record and education calculated in. A motorist’s driving record is often a major determining factor, with those who’ve had multiple claims or tickets routinely penalized with higher rates.

The Consumer Federation says insurers are doubly penalizing the poor by ignoring mileage since low income drivers often face higher rates based on their lower education and poor jobs.

The CFA – an association of 250 nonprofit consumer groups – wants to see regulators and state lawmakers step in and require insurance companies to give lower-mileage drivers a break.

To see the original story go to The Detroit Bureau.