How HP Used Big Data to Optimize Its Fleet of 6,000 Vehicles 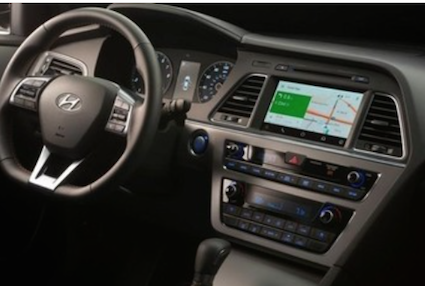 HP is a big company with over 300,000 employees and it has a fleet of about 6,000 company-owned vehicles. When you own 6,000 cars, any efficiencies you can squeeze out of them could mean big savings.

HP’s fleet managers placed tracking devices in about 100 vehicles to collect a variety of data including location, speed, when the car is on or off, etc.

But there were some interesting statistics too. One was that the most commonly used gas station was Shell. So, HP worked out a deal with Shell where when certain vehicles are below one-third of a tank of gas, a program will alert the vehicle’s driver if there is a Shell gas station nearby. In exchange, Shell agreed to provide HP a $0.10 discount on fuel. HP expects to save $433,000 with the agreement.

HP is hoping to implement other efficiencies as well. It found many cars sitting idle at airports for extended periods of time. An HP employee, for example, would drive the car to an airport, then go on a business trip. Meanwhile dozens of other HP employees flew in and out of that same airport, some even renting their own vehicles. Why not allow another HP employee to use the vehicle that’s parked at the airport, sitting idle for an extended period of time?

HP also sent some of the data to Ford, and with the company will reallocate vehicles based on how it is used. Vehicles used for urban employees will have higher city gas mileage, while employees using vehicles only on the highway or in certain areas of the country will have cars optimized for their specific use case.

The example is just one way companies can gain insights, and potentially save money, just by taking a closer look at their data.

Sep 4, 2015admin
Getting Back to Business#PlanAhead - Your Key to Driving Safely