How Google Will Power the Car of the Near Future 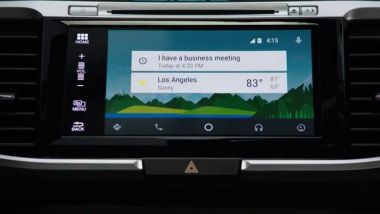 Google has spent the last few years working on an Android-based operating system for cars that doesn’t require the use of a smartphone. Built on Android P, it’s meant to be far more advanced than the existing version of Android Auto, which simply projects a phone interface onto a car’s infotainment screen.

Google has struck deals with Volvo and Audi to start rolling out these systems in 2020.

It will tap into a car’s system-level operations, meaning you could ask Google Assistant to turn on the heat, turn off the seat warmers, or even book maintenance appointments. The system is also customizable to suit carmakers’ differing styles, giving them more control than they get with projected Android Auto (or Apple’s CarPlay, for that matter).