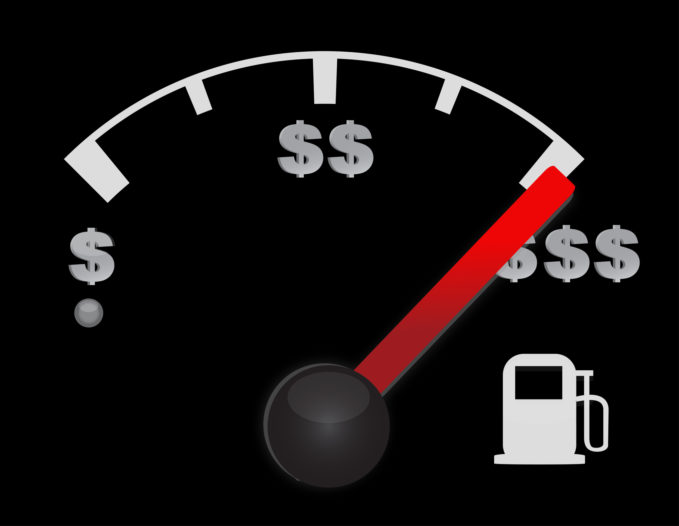 Gas prices have hit record highs across the nation, and fuel-hungry fleets are feeling the sting at the pump. Prices have raised to an average of over $4 per gallon in the U.S. with an unprecedented high of $6.99 per gallon in some corners of the nation. With prices being slow to trickle down, fuel economy has become more important than ever for fleets looking to avoid mounting financial pressure. Utilizing the power of AI and thorough data collection, telematics can be a major source of savings by optimizing the less visible drags on fuel economy. Here are some of our top tips for cutting down fuel costs:

1. Cut Down on Idling – Of the avoidable drags on gas, one of the biggest comes from not driving at all. According to a report by the Department of Energy, long-haul trucks burn nearly a gallon per hour while idling, burning both precious gas and profit in the process. Telematics can capture problematic idling incidents by measuring the lack of movement against a vehicle’s position along its route as well as ignition on/off data, generating detailed reports of idling on a per-vehicle or per-driver basis, giving managers a chance to act on the data with policies to reduce idling and fuel use along with vehicle wear and tear.

2. Cultivate Smooth Driving Habits – Unnecessary acceleration, speeding and many other poor driving habits are not only hazardous to safety, but also wasteful with the truck’s gas. Ensuring drivers maintain good habits behind the wheel has a palpable impact on fuel economy, so it’s worth keeping data on these habits and course-correcting when the need arises. Training and coaching drivers on noted bad habits can be a good way to hone their skills, but adding in the right incentives will see them go the extra mile to keep these skills sharpened. Modern telematics systems can raise alerts of bad habits and generate driver scorecards on each trip, allowing good-spirited competition with fellow drivers and opening the door for management to provide performance-based reward programs. A happy fleet is a healthy fleet, and motivated drivers will keep costs down and efficiency up.

3. Streamline Maintenance to Eliminate Drag – Underinflated tires, dirty air filters and oil past its prime can all create drag on a truck, adding up to a considerable amount of wasted fuel – 4 percent on average, according to Exxon, with serious issues causing far more waste. Accurately tracking a fleet’s maintenance needs and being proactive about tune ups can ensure trucks drive smoothly and waste as little fuel as possible. For example, measuring fuel burn not only by driver, but by individual vehicles, can illustrate variances with certain vehicles compared to the larger fleet. Thorough data analysis can compare driving habits with excessive fuel burn to help identify if the vehicle itself is the problem. 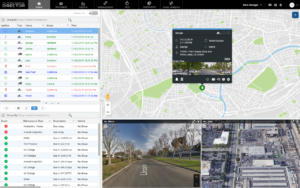 4. Get Granular with Route Optimization – Relying on GPS to avoid traffic and find the fastest route is a good start, but today’s telematic technology allows for much more granular optimization – after all, the shortest route isn’t necessarily the most fuel efficient. Whether the road is going up or downhill, has a tendency to lead to speeding or has other unique features can all affect the hidden fuel cost of a route. Telematics, equipped with the right data, can cut through these obscure considerations and find the most efficient path from both a time and energy standpoint.

5. Avoid Theft and Misuse of Vehicles – It’s unfortunate, but in many cases, excess fuel usage isn’t tied to anything that happens on the books. Theft and misuse of company vehicles is an unsavory explanation, but one that fleet owners would be wise to ensure they can rule out. Modern telematics systems can both monitor fuel use compared to fuel purchases and – in many cases – integrate directly with fuel card providers to ensure that no fuel is being purchased fraudulently.

As an honorable mention, one other way to reduce fuel costs is to eliminate them entirely by electrifying the fleet. In some cases, fuel can make up roughly 20 percent of costs for transportation fleets – meaning the cost savings of completely cutting it out are enormous. Some telematics systems are able to evaluate vehicles use, routes and age to determine the optimal time to trade in for an electric vehicle. Vehicles with shorter routes tend to be prime candidates for testing the waters here, as introducing level two chargers into the fleet is relatively affordable and can immediately demonstrate savings on fuel costs. However they accomplish it, the fleets that think more critically about fuel spend are poised to reap major savings in both the short term and the long haul.

Jul 18, 2022Janice
Why Can't Smart Cars Do Anything about the Sun in Your Eyes?The Real Reason Joe Manchin is Sabotaging the US Clean Energy Plan