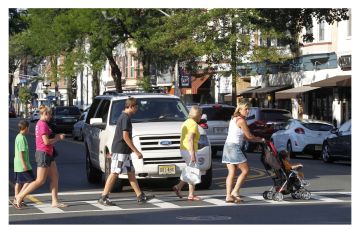 Almost 6,000 pedestrians died on or along U.S. roads in 2016 alone, and the SUV revolution is a leading cause – pedestrian deaths nationwide are up 46 percent since 2009.

Vehicle safety measures, which the federal government says could save hundreds of pedestrian lives every year, are available but not widely employed by some automakers — nor are they required.

“Along with automakers, cities can take action that saves pedestrians. New York City, for example, cut such deaths nearly in half in just four years. The need for steps such as lower speed limits, more midblock crosswalks and better lighting grows in urgency as automakers move strongly toward truck and SUV production.”

Jul 1, 2018connieshedron
Understand the Nature of Your Relationships at WorkAutomakers Aren't Necessarily the Best at Deciding What's Installed in Their Cars