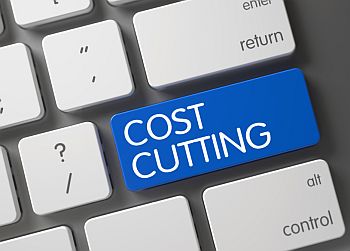 One of the issues uncovered in last year’s benchmark study by the National Conference of State Fleet Administrators was that many of them were uncertain as to how efficiently they were using their vehicles.  And, as a webinar sponsored by the NAFA Fleet Management Association last month hinted, the problem is that it can be hard for government fleets to monitor and measure vehicle use, especially when they are highly decentralized.

The subject of the webinar was the fleet owned by the City of Stamford, Connecticut, a booming suburb of 130,000 people about an hour’s drive from New York City.  Seven years ago, the fleet consisted of slightly more than 1,100 vehicles, of which 80 were sedans, all operated as the exclusive assets of more than 45 different city departments and agencies.

Today, the sedan fleet has been trimmed to 21 vehicles, all centrally managed as a pooled fleet, and happily shared by all the same users. Michael Albanese, Stamfords’ manager of support applications, who represented the city in the webinar, estimates that by eliminating 59 vehicles, the fleet realized nearly $200,000 in remarketing revenue and is saving some $230,000 a year in maintenance costs and depreciation.

Many vehicles were gathering dust

What got the transformation started, Smith said, was what Mike Scacco, the now-retired city fleet manager, saw when he looked out his office window at the sedan parking lot at the city’s multi-story general services building.  “What he saw, day in and day out, was 30 to 40 vehicles sitting idle,” Smith said. “Mike said, ‘It’s all about utilization. Idle assets cost money,’ and he knew he had to do something about it.”

The problem, Albanse noted, was that Scacco had very little data to go on. “The vehicles were assigned to and managed by each of the departments, and Mike didn’t have any insight into how those assets were being used, when preventive maintenance was due, and when they needed to be cleaned or a scratch or bump showed up.”

Smith said what Scacco did have were refueling records, and from that he estimated that 49 vehicles could be taken out of service if the fleet was centrally managed and all the departments shared their use.  First, though, he had to get city officials to rewrite fleet policy to merge the many subfleets into one grand pool.

“A majority of the groups that contact us to focus on utilization have a very similar challenge,” said Smith. “They have these little departments with invisible walls between them. They say,’ I paid for these vehicles, so they’re mine and only I get to use them.’ And that’s a worst-case scenario for optimal utilization, because one day one sub-fleet may run out of vehicles and the department right next to them may have plenty sitting idle.”

Albanese said that description applied perfectly to Stamford’s sedan fleet, to the extent that several claimed they needed more vehicles.

Once Scacco secured approval to pool the fleet, he did two things. First, he took 49 of the sedans out of service, but held them in reserve in case he overestimated the number. Next, he contracted Agile to install its FleetCommander system, a web-based motor pool management platform that supports computerized reservations and collects a host of additional vehicle information.

Smith offered the following take-aways for government and university fleets that want to get a better handle on their vehicle utilization:

If you’re one of those fleets that isn’t sure how efficiently your vehicles are being utilized, take heart. Referring to Stamford, Smith said his company has “been involved in more than 100 similar successes, with organizations of all different shapes and sizes, and I think you will find that there are a lot of the same ingredients relative to the challenges, to what it takes to get moving, and the key ingredients to success.”