Greenhouse Gases Aren’t the Only Set of Concerning Emissions 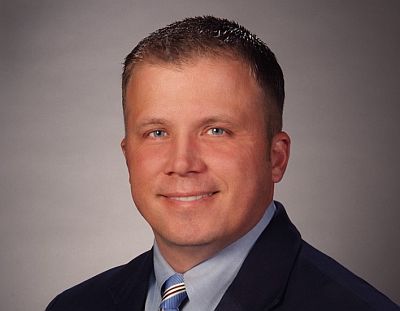 When it comes to reducing emissions, many groups focus on greenhouse gases, which include carbon dioxide, methane, nitrous oxide, methane and fluorinated gases.

While each contributes to climate change, emissions like nitrogen oxides (NOx), carbon monoxide, and particulate matter also carry a great risk to human health and air quality. One of the best ways to reduce these harmful emissions is to transition commercial fleets to cleaner, safer fuel sources.

Nitrogen oxides, or NOx, are highly reactive gases that are regulated by the U.S. federal government due to their harm to health and environment. They trigger long-term health problems, such as asthma, bronchitis and other respiratory issues. Over the years, the EPA has set tougher emissions standards on NOx to limit its exposure.

The primary source of NOx is motor vehicles. Diesel-fueled medium- and heavy-duty vehicles are the number one source of NOx emissions in almost every single metropolitan region in the U.S., according to a University of California Riverside study. Fleet vehicles running on propane significantly reduce NOx, which is a focal point for the California Air Resources Board (CARB). It aims to have emission standards that result in a 90 percent reduction in NOx.

In addition to NOx, carbon monoxides and carbon dioxides are also harmful to the environment and humans. They temporarily block oxygen absorption until fresh air is inhaled. The EPA says as much as 95 percent of all CO emissions in cities may come from motor vehicle exhaust. By comparison, today’s clean diesel engines reduce CO more than propane due to the diesel engines’ complex and costly emissions system. A propane engine reduces CO2 more, especially in the stop and go duty cycle of a fleet vehicle, due to the fuel’s naturally cleaner composition.

The EPA also regulates particulate matter, known as PM. It is the soot you see from vehicle exhaust, which is known to aggravate asthma and identified as a carcinogen by the World Health Organization. With both propane and modern diesel, drivers and communities aren’t exposed to that soot since both fuels virtually eliminate it. The major difference is that unlike modern diesel, propane eliminates particulate matter without adding maintenance burdens and extra costs to the end user.

Propane-fueled vehicles emit much fewer tailpipe emissions than the strict standards of CARB. In fact, propane buses equipped with the ROUSH CleanTech fuel system are lower in all eight measured outputs by an average of 64 percent.

The transportation journey toward lower emissions is not going away, nor should it. Propane autogas is making a huge impact when it comes to reducing emissions today, because propane engine technology has progressed to the point of near-zero emissions.

Todd Mouw is president of ROUSH CleanTech, an industry leader of alternative fuel vehicle technology. Mouw has more than two decades of experience in the automotive and high-tech industries. As former president of the NTEA Green Truck Association, Mouw helped set standards in the green trucking industry. To learn more, visit ROUSHcleantech.com.