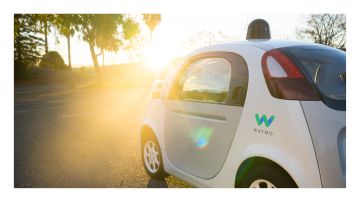 Self-driving cars from Google spin-off Waymo have become far more capable of handling roadway hazards over the past year, with incidents of human backup drivers having to take control plunging 400 percent.

That’s according to Waymo CEO John Krafcik, who also announced that the firm has dramatically cut the cost of its self-driving systems by making hardware in-house.

“This is critical as we look to commercialize self-driving technology,” Krafcik said Sunday at the North American International Auto Show in Detroit.

The first vehicles to be equipped with Waymo’s “all-new, fully integrated hardware suite” will be Chrysler Pacifica minivans, which will begin driving on public roads in California and Arizona by the end of this month, Krafcik said.

Waymo slashed by 90 percent the cost of LiDar sensors, which typically use lasers to measure distance, and developed two new types of LiDar, Krafcik said.

“A lot of people have admired Google’s or Waymo’s technology but were somewhat dismissive of it because of what it would cost to implement,” Sebastian said. “The various sensors, and radar, etc., looked perhaps a little bit comical. Every step they take toward cost reduction and more attractive design will make it more realistic that it could be commercialized.”

“It’s like the Ford Motor Company: people didn’t start buying cars until Ford created the assembly line and dropped the prices through mass production,” Pack said. “The same thing has needed to happen for self-driving technology.”

Waymo has already applied that principle in its partnership with Fiat Chrysler, in which about 100 Chrysler Pacifica minivans are being equipped with self-driving systems, reportedly for ride-sharing.

“Now, as we get ready to scale, to serve more people and drive on all types of roads and at all speeds, using mass-produced vehicles becomes an imperative,” Krafcik said.

Waymo, a stand-alone company under Google’s parent firm Alphabet since December, has seen the rate at which human drivers have to take over from the robot drivers drop four-fold, to one incident every 5,000 driving miles in 2016, from four incidents per 5,000 miles in 2015, Krafcik said.

“As our software and hardware becomes more robust through our testing, we’re driving this number down further,” Krafcik said.

Such progress is key to Waymo’s goal of producing self-driving cars needing no human intervention. “If you’re in autonomous vehicle technology you don’t want people to have to take over,” Pack said. “Who wants to say, ‘I’ve built an autonomous vehicle that only works 25 percent of the time?’”

Read more of the original article at The Mercury News.