GM to Launch an Airbnb Program for Your Car 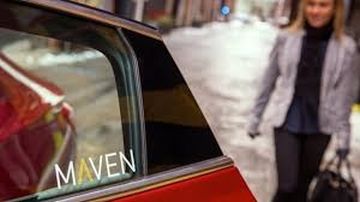 This summer, General Motors Co. plans to start a pilot program that will enable car owners to rent out their vehicles when they aren’t using them.

GM’s Maven Unit already rents vehicles to individual drivers, including customers looking for short-term wheels as they have through services such as Zipcar.

“As GM looks to grow its Maven unit, it’s plowing ahead with self-driving at its Cruise Automation unit in San Francisco. Cruise has developed driverless versions of the electric Chevrolet Bolt, plus an app to use the cars as robotaxis in a ride-hailing fleet starting next year. GM hasn’t yet decided whether to use Cruise’s app, a new invention or a partner for the planned autonomous-ride business or if they would use Maven or another marketing name, the people said.”