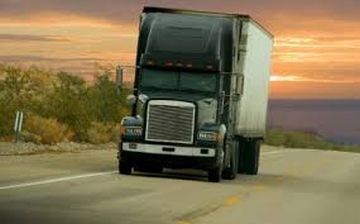 Entering 2015, carriers were benefitting from a near Goldilocks supply/demand environment with profit tailwinds highlighted by strengthening freight trends, pricing leverage due to tight capacity and declining diesel prices.

GE economists remain optimistic that the domestic economy will continue to improve gradually, with expectations that real U.S. GDP growth will accelerate from 2.2 percent in 2014 to 2.8 percent in 2015.

However, the trucking environment is not entirely absent of challenges.

The primary trends that will influence the truck transportation industry during 2015 include the following:

♦ Freight Outlook
New construction activity, light vehicle sales and consumer retail sales will continue to be the primary drivers of freight tonnage. Demand in all of these segments should benefit from expectations of a modest acceleration in domestic GDP growth during 2015. The lone emerging headwind could be transport related to energy production, given the sharp decline in crude oil prices that started during the second half of 2014. That being said, we believe the benefits to the entire trucking industry of lower crude prices, namely in the form of increasing tonnage from a GDP tailwind and lower diesel prices, significantly outweigh any drag on tonnage for all but those carriers with a highly concentrated exposure to energy transport.

An upward bias in interest rates due to the likelihood of Federal reserve tightening in 2015 is not necessarily a significant threat to the primary drivers of tonnage so long as any increases are gradual and likewise reflective of and absorbed by a steadily growing and generally healthy economy.  However, any significant spike in the volatility of interest rates or other macro influencers would present a greater challenge to the sustainability of economic growth and likewise tonnage trends, particularly as it relates to construction and consumer retail sales.

♦ Equipment Outlook
Given a difficult comparison to 2014, growth in North American production of both medium- and heavy-duty trucks is expected to remain positive, albeit slower, during 2015.  Barring a severe economic downturn, future production cycles are expected to be less volatile from peak to trough than in the past due to better forecasting, improved communications systems that provide better visibility of channel inventory and lessons learned from the past.

At the outset of 2015, carrier profitability stood at multi-year highs driven by record freight tonnage and elevated freight rates supported by constrained capacity and lower fuel prices. While this environment should remain largely intact during 2015, it’s unrealistic to expect that the pace of improvements seen in these factors will be replicated. Nonetheless, fleet owners are demonstrating their confidence in the sustainability of strong freight and profitability trends with large investments in fleet equipment upgrades and expansion not seen since the 2006 timeframe.

While the financial incentive to acquire modernized equipment for greater fuel efficiency has been dampened by falling diesel prices, the current cycle will still be supported by the need to alleviate capacity constraints and stem near-record driver turnover amid a severe drive shortage. At the outset of 2015 and following 20 percent growth and multi-year highs in 2014, heavy-duty truck sales in the U.S. were projected to grow in the low double digits (i.e. 10-15 percent). That being said, the portion of replacement demand related to improved fuel efficiency is undoubtedly at risk in an environment of multi-year low diesel prices.

♦ Rates and Capacity
The gains in freight rates seen in 2014 will likely moderate in 2015 as strong truck orders in 2014 will hit the road throughout 2015 and begin to at least partially relieve industry capacity constraints that were prevalent in 2014. However, gating factors to excessive expansion of industry capacity include steep barriers for new market entrants, such as a stiffening regulatory environment, driver shortages that are particularly acute in the long-haul market, liability risk and insurance costs, and elevated new and used equipment costs. Additionally, upward pressure on driver wages will help justify higher freight rates despite downward pressure on fuel surcharges.