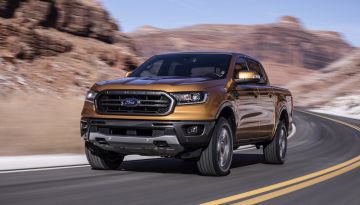 Ford had a solid and loyal base of buyers for the old Ranger and realized it needed to get back in the market as it watched its competition rapidly rebuild the old midsize pickup segment – sales growing a hefty 83% since 2014.

The automaker will need to really deliver on performance and fuel economy numbers when the new Ranger is released.

“The 2019 Ford Ranger isn’t just a downsized F-150. Nor is it just a tweaked version of the midsize pickup sold overseas, company officials revealed during a background briefing on the new truck. Virtually every body panel and a significant portion of what’s underneath the skin has been revised for the North American market. There’s also plenty of infotainment and safety gear meant to appeal to U.S. buyers.”