Ford CEO Fires Back at Donald Trump on Jobs to Mexico 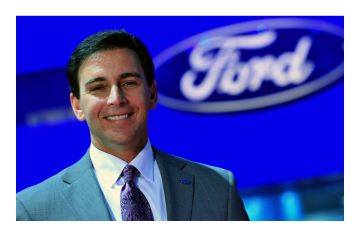 Ford Motor’s CEO is firing back at Republican presidential nominee Donald Trump over his allegations that the automaker’s plans to shift all small car production to Mexico will cost jobs.

CEO Mark Fields, appearing on CNN Thursday, said “zero” jobs will be lost in the U.S. and  that “it is really unfortunate when politics get in the way of the facts.” Even though Ford is expanding in Mexico, it is planning to replace small-car production in its U.S. plant network with higher-profit trucks and SUVs.

Fields decision to appear on CNN came after Trump appeared earlier today on Fox News and said if elected he will impose a 35% tax on automotive imports from Mexico.

Trump also criticized Ford Wednesday after Fields told Wall Street investors that the automaker would move all small car production to Mexico over the next two to three years.

“They think they’re going to get away with this and they fire all their employees in the United States and…move to Mexico,” said Trump. “When that car comes back across the border into our country that now comes in free, we’re gonna charge them a 35% tax. And you know what’s gonna happen, they’re never going to leave.”

The spat between Trump and Ford dates back to June, 2015, when Ford first announced that it would stop producing the Ford Focus and Ford C-Max at its Michigan Assembly Plant in Wayne in 2018 so it could move those vehicles to a lower cost country.

“We will be replacing those products with two very exciting new products so not one job will be lost,” Fields said.