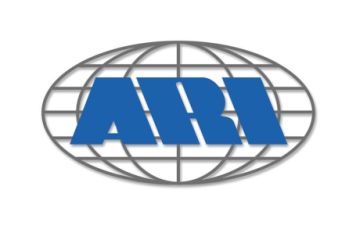 ARI announced a series of additions to its sales organization that will help to support the company’s strategic vision and continued growth in the fleet management marketplace.

The new appointments include Craig Pierce, who joins ARI as director of sales, along with Stephen Perkins, who will serve as vice president, sales and assistant general manager for ARI Canada. Additionally, Craig DeCarlo, Joe Henry and Buck Whitman have been named district sales managers.

“Both Craig and Stephen bring impressive business acumen to ARI and will provide a fresh perspective as we continue to evolve as an organization,” said ARI President Chris Conroy. “As the industry’s technology leader, we are keenly aware that our business continues to develop and advance in the face of rapid change. Technology and people are ARI’s two greatest assets and we will continue to invest in both to meet the needs of our clients. The addition of Craig and Stephen are representative of these investments.”

♦ Craig Pierce joins ARI from Integra Telecom where he most recently served as vice president of sales and was responsible for the company’s sustained growth throughout the U.S. Pierce also spent more than 10 years with CenturyLink during which time he held several leadership positions. In his new role as director of sales, Pierce will oversee ARI’s regional sales efforts in Denver, Houston, Los Angeles, San Francisco and Seattle.

♦ Stephen Perkins, a graduate of Ryerson Polytechnic University in Toronto, Ontario, has held leadership positions with several Fortune 500 companies including IBM and Hewlett-Packard as well as Samsung where he served as the vice president of sales and marketing for the company’s Enterprise Business division. Perkins brings a wealth of sales strategy, product management and marketing experience to his new role. He will be tasked with continuing ARI’s growth across Canada while also providing additional leadership support throughout the organization.

♦ Craig DeCarlo joins ARI as district sales manager based in the Grapevine, Texas regional office. Specializing in new business development and customer service, DeCarlo brings to ARI nearly a decade of industry expertise and has consistently ranked among the top performers throughout his career.

♦ Joe Henry, who began his career with ARI in 2012, will now serve as district sales manager in the company’s Chicago office. Henry’s unwavering dedication and strong relationship building skills have helped him quickly progress through ranks at ARI, most recently holding the role of account development representative.