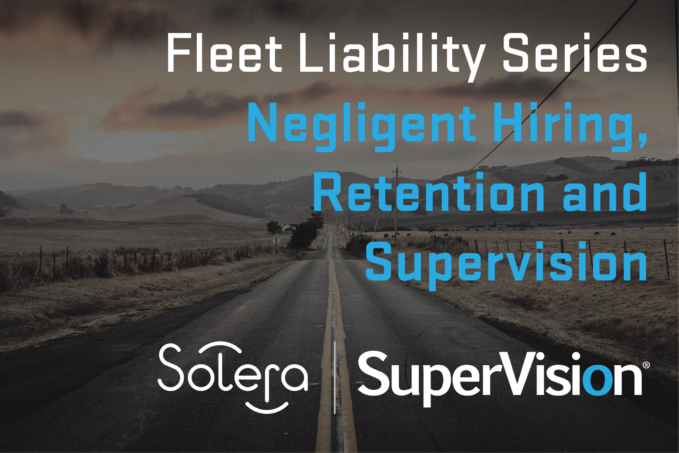 Liability for a Suspended License and Multiple Violations

March 1997, a 23rd old man was driving his Chevy 4×4 pickup truck when he was hit by a semi-truck owned by a commercial trucking company. The semi-truck crossed the centerline and hit the pickup truck head on. The young man suffered a ruptured left anterior cruciate ligament in his knee, which required reconstructive surgery. He sued the trucking company for negligent hiring, retention, and supervision of its driver due to the truck drivers’ record. Between 1978 and 1997, the driver had been convicted of 21 traffic violations, most of which involved speeding, a DUI, and he was driving with a suspended license at the time of the accident.

The injuries prevented the victim from being able to perform his job, which involved moving heavy pallets. The injuries also impacted his personal life, as he was no longer able to engage in his favorite social activities, including competitive baseball or softball. The trucking company argued that the plaintiff failed to seek other employment opportunities, therefore he did not mitigate his damages from the accident.

In April 1999, the plaintiff made a prejudgment interest offer of $200,000 to the defendants. The trucking company counter-offered $5,000 within the 60-day response period, and then increased its offer to $150,000 three years later. The plaintiff rejected the offer of $500,000 three days before trial. The offer rose to $1 million following the closing arguments of trial. Ultimately, the case settled for $1.6 million while the jury was deliberating.

In the past, government and private companies deemed it “good enough” to pull a driver’s motor vehicle record (MVR) only prior to hiring, and then only to review the record on an annual basis. But what happens when a driver gets a violation within the year? It means that risky drivers can go unnoticed for a long period of time. This can lead to ongoing safety risks for a company and a heightened possibility for an expensive liability claim. Even though traditional practice deems these infrequent pulls as “good enough”, failing to know a driver’s violations on their record is not an excuse and will not protect a company in a lawsuit.

Allowing drivers to operate company vehicles without a valid license is an ongoing safety risk and can lead to liability claims of over $1 million, such as in this case. Additionally, because of the driver’s undiscovered heightened risk profile, he or she is more likely to be involved in a serious crash or other incident. The old way of pulling an MVR on an annual basis is a risky and expensive way to do business.

Continuous driver monitoring offers a “new way” to approach driver management by shifting the focus from managing accident transactions to addressing driver behavior and ongoing performance as they occur. A continuous driver MVR monitoring program allows companies to ensure their drivers are properly licensed. The program will alert a fleet manager immediately of any changes to a driver’s eligibility, which then gives them an opportunity to mitigate company risk if an infraction occurs or if a driver’s license is revoked. MVR monitoring is one of the best precautions that a company can take to prepare in advance for potentially defending themselves in a liability lawsuit.