Facts Are Facts, It’s That Simple — Or Is It? 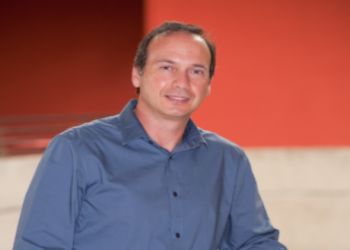 Disagreements between people on what the facts are, are inevitable. Nevertheless, there is a common belief that “facts are facts.” When a dispute occurs, it should be simple to identify the “real” facts, accept them, act accordingly, and thus settle any differences. Yet the “facts” are not always that simple.

For example, what are the facts regarding this figure?

If this drawing is shown to a group of people and each person is asked to describe what he/she sees, some will say, without any trace of doubt or hesitation, “A profile of a bald man with eyeglasses and a hooked nose.” Other observers, with no less confidence, will respond, “A rat!” One might wonder how both responses could be right—or whether anybody needed an eye examination or one group was lying. It is easy to imagine the arguments between the two groups of observers after the picture is withdrawn.

Situations illustrated by “Mr. Rat” are not as infrequent as they may appear. Many organizational conflicts revolve around the differences that we see in the facts. What lens are we looking through? What’s our perception?

Factors such as income, religion, and geographic location may exert a significant impact in childhood, but most of the others are less salient than the core dimensions. However, all of these characteristics add another layer to our self-definition and can profoundly shape our experiences. Education, Work Background, Income, Marital Status, Military Experience, Religious Beliefs just to name a few.

People with different experiences or in different cultures organize their world into different patterns and hence possess different concepts for almost the same situation. They perceive the world slightly differently. They look at the world through a different lens.

It is now easier to understand what might take place in the differing observations of the above figure “Mr. Rat” is drawn ambiguously, the perceiver is forced to rely on certain cues in order to establish a meaning for the drawing. If the observer perceives a person (that is, in the past, he or she has seen similar drawings of a person), then the cues that he or she sees give rise to the perception of a person. Similarly, past experiences with similar drawings of rats give rise to the perception of a rat. Thus, two observers with two different “sets” perceive two different drawings, even though the image projected on the retinas of both observers is identical. In this case, the differences lie in past experiences rather than differences in motivation or emotions.