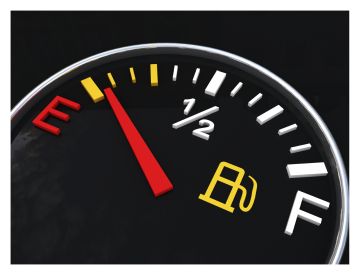 If you’re a fan of eco-friendly cars, we have good news, bad news, and good news.

The good news is, a new report says that automakers already have the technology they need to achieve the Environmental Protection Agency’s bold fuel economy goals for 2025. Issued in 2011, those goals aim for fleet-wide fuel economies of 54.5 mpg. As we’ve heard before, car companies are making progress on that front.

The bad news? While consumer groups are strongly in favor of the new regulations, consumers themselves are a little more blase. Yes, miles-per-gallon remain a concern for new-car buyers, but thanks to today’s low gas prices, shoppers are turning a blind eye to so-so fuel economy and slipping behind the wheels of less-efficient SUVs and trucks.

That’s been a boon for auto sales and automakers, which make a tidy profit on larger vehicles, especially pickups. It’s also pleased OPEC, which has kept oil prices low to distract consumers from fuel economy worries.

It’s not been so great for the EPA, which must balance its environmental concerns with consumer demand. The agency understands that it would do more harm than good to force automakers to produce more fuel efficient vehicles when fewer people are interested in buying those vehicles.

And so, the EPA, the National Highway Traffic Safety Administration, and the California Air Resources Board recently came together to assess the viability of the 2025 goals. This week, the three published a draft version of their “Midterm Evaluation”, and as hinted last year, it looks like the bar has been lowered a bit.

Though it might seem as if the cards are stacked against fuel efficiency these days, the Midterm Evaluation isn’t as gloomy as you’d expect. However, it does offer an interesting take on what’s changed in the years since the original goals were published.

Read more of the original article in The Car Connection

Jul 24, 2016connieshedron
Steve Saltzgiver: Technicians, Not MechanicsPokemon Go is Here— But is it in Your Fleet Policy?