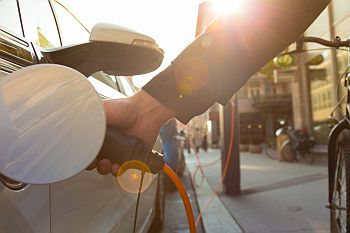 Automakers as diverse as GM and Audi, Volkswagen and Nissan, Bentley and Volvo have announced major increases in EV investments during the past few months. A broad shift to all-electric propulsion will require everything from better, cheaper batteries to a nationwide network of chargers to keep them running.

It will require a coordinated effort involving consumer education, massive industrial investments and government backing in the form of sales incentives and funding for things like public charging and renewable energy sources.

New sales incentives promoting electric vehicles will be critical. The question is whether new government funds will be available, especially with an evenly divided Senate – and the need to deliver massive stimulus funds for the COVID pandemic. However, President Biden’s push to expand EV sales appears to be getting a lift with newly introduced legislation offering $7,000 in federal tax credits to Tesla and GM EV buyers again.

Feb 15, 2021connieshedron
This One Trick Can Help You Reengergize, Plan and Set PrioritiesHow Leadership is Changing in a Virtual World