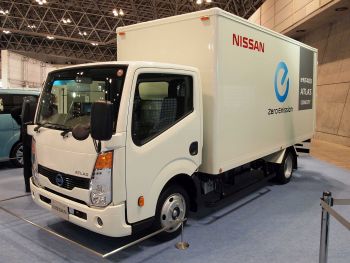 The clock may be ticking for petrol and diesel-powered cars, but it’s vans, trucks and buses that are driving the electric vehicle revolution on the world’s roads.

This week the UK government followed France in announcing it would ban the sale of such vehicles by 2040, while the mayors of Paris, Madrid, Mexico City and Athens plan to banish diesels from their city centers by 2025.

But the electric charge also extends to vans and trucks, and the need to switch to cleaner engines is even greater given that these larger vehicles are far bigger polluters than cars.

“In Europe, less than 5% of vehicles are commercial vehicles or heavy duty trucks, but they contribute to almost 20% of greenhouse gas emissions,” says Ananth Srinivasan, mobility expert with research consultancy Frost & Sullivan.

To read more of the original article go to BBC News.

Jul 31, 2017connieshedron
Ford to Repair Police Interceptor Versions of the Explorer SUVNAFA's Next Webinar: Electrifying Your Fleet How the Latest Technologies Can Significantly Reduce the Infrastructure and Operating Costs of Driving on Electricity - Register Now!