Driverless: The Business of Autonomous Vehicles 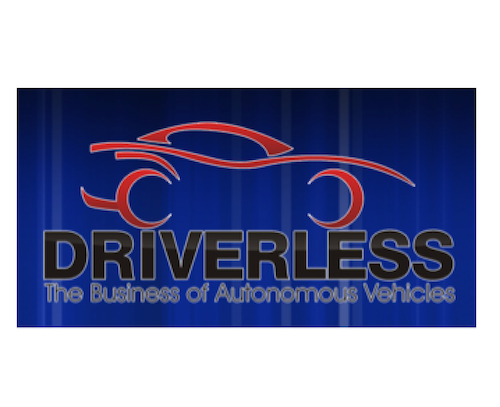 An upcoming Silicon Valley conference will explore the state and future of autonomous vehicles.

Fleet Management Weekly is a media sponsor of Driveless: The Business of Autonomous Vehicles. It will be held on March 22-23 at the San Francisco Airport Crowne Plaza.

Fleet Management Weekly has been keeping a close eye on autonomous vehicle developments. That’s only natural because the top names in the field — Google, Apple, and Tesla are close to our offices, along with high-tech suppliers and R&D operations of many OEMs.

As we’ve written in the past, the adoption of driverless vehicles may be determined more by legal and liability issues — as well as by driver acceptance — than by the technology. That was illustrated again by the wide coverage that resulted from a Google car hitting a bus, under circumstances that might befall any human driver. In fact, the monitor of the vehicle didn’t override the vehicle’s choice, believing the approaching bus would slow or stop.

While Google said — with some justification — that this was the sort minor accident that occurs every day between human drivers, “Driveless Doubters” enjoyed a bit of schadenfreude. What, they asked, would have happened had a pedestrian been hit? Some even believe that the accident has set back driverless vehicles by years.

An upcoming Silicon Valley conference will explore the state and future of autonomous vehicles. Fleet Management Weekly is a media sponsor of Driveless: The Business of Autonomous Vehicles. It will be held on March 22-23 at the San Francisco Airport Crowne Plaza.

Fleet Management Weekly readers will receive a $50 discount off the regular price of $449. Register here!

A key session for fleet managers will be Driverless Product Liability, Cyber Security and Privacy Issues
Among the topics to be covered are:
• Who will take the liability risk as the burden shifts from drivers to manufacturers and operators?
• How will the automotive industry keep connected and autonomous architectures secure?
• What is the insurance industry’s role in Autonomous Vehicle Development and implementation?
• How can OEMs, suppliers and operators overcome the data privacy issues?

Other session will explore these questions:
What technological, social and legal issues face ADAS and autonomous vehicle progression?
What technologies are solving the high cost of rolling out autonomous systems?
How can companies adequately test vehicles?
How will car sharing revolutionize the autonomous vehicle industry?
Who are the most innovative players and what are their intentions?
What are consumer expectations?
What systems are evolving… and for what markets?
Who owns this market? The technology companies or traditional automakers?
What are governments are doing to prepare for and regulate autonomous vehicles?

There are 30 speakers and six sessions in the two-day program as well a hosted luncheon and a reception with 25 exhibits.

Full details are available at: http://driverlessmarket.com/