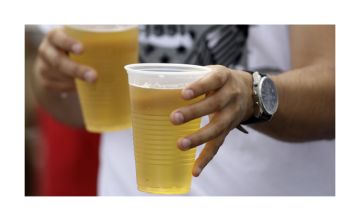 A new government report recommends that all states significantly lower the level of alcohol in the blood from .08% to .05%, to be considered driving under the influence of alcohol.

The 489-report also calls for a number of other steps that could reduce alcohol consumption, including higher alcohol taxes and shorter hours for bars, restaurants and liquor stores.