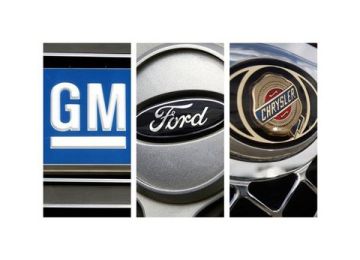 Management shake-up at Ford not likely to be the last big announcement from the Motor City this year.

The unexpected ouster of Ford Motor Co. CEO Mark Fields comes as one of the biggest shake-ups Detroit’s Big Three have experienced since they emerged from the Great Recession – and it highlights the challenges they face trying to adapt to a global transformation in what automakers build and how they market those products.

The appointment of Jim Hackett to replace Fields is, however, just the latest in a series of big announcements from Detroit that last week saw Ford announce plans to cut 1,400 salaried workers in North America and Europe, while General Motors said it would stop selling cars in the huge Indian market and sell off operations in South Africa.

“As the (Detroit) Big Three look out at the landscape, they see dramatic changes coming in the concept of mobility,” says Joe Phillippi, a veteran Wall Street auto analyst and now the lead at AutoTrends Consulting. “They are desperately trying to figure out the future business model and how they will fit in.”

During his tenure, Ford’s Fields attempted to address some of the areas where change is expected to come most rapidly – and which could impact the auto industry most dramatically, including connected car technology, ride and car-sharing, electrification and autonomous driving.

While Ford said it now wants to address “underperforming parts of the business,” it also wants to continue to “unleash innovation.”

Ford isn’t alone. Since it emerged from Chapter 11 bankruptcy protection in July 2010, the traditionally hidebound General Motors has been more than willing to walk away from business operations that don’t work.

Even before it announced plans to sell off operations in South Africa and Eastern Africa and stop selling vehicles in India – where it will maintain assembly operations solely for export – it had already walked away from the Russian market. But perhaps the most surprising move came in March when, GM confirmed rumors it would sell off its long-struggling Opel/Vauxhall brands, that European division running deep in the red since 1999, despite a series of turnaround efforts.

“These actions will further allow us to focus our resources on winning in the markets where we have strong franchises and see greater opportunity,” GM President Dan Ammann said on Thursday morning.

GM’s move runs counter to conventional automotive wisdom on several fronts. For one thing, it has become accepted gospel that the so-called BRIC nations – Brazil, Russia, India and China – spell the future of the auto industry. Then there is the religion of growth, manufacturers ceaselessly seeking improved economies of scale, with many analysts predicting only those companies capable of selling at least 10 million vehicles annually will survive.