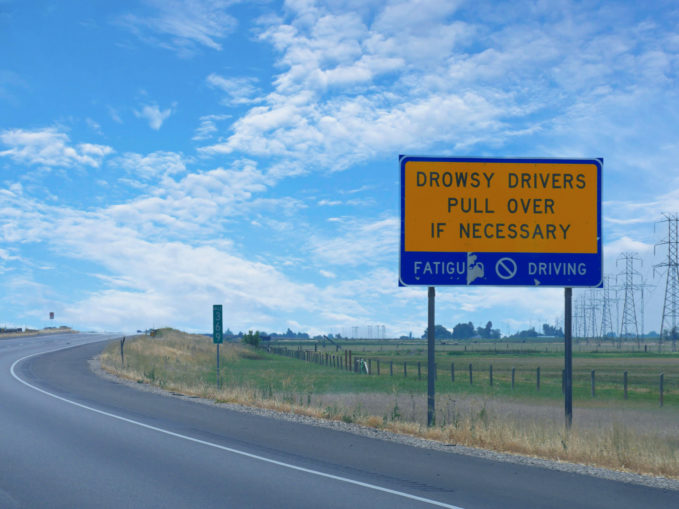 In addition, a study from the AAA Foundation for Traffic Safety found that drowsiness was a contributing factor in up to 9.5 percent of all crashes and 10.8 percent of crashes that included airbag deployment, injury or significant property damage. Drowsy driving is incredibly dangerous and it’s important for drivers to be aware of the risks.

What is drowsy driving? 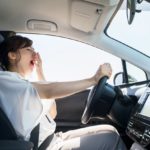 Drowsy driving, also known as driver fatigue or tired driving, is the act of driving or operating a motor vehicle while tired and feeling fatigued or sleepy. Job stress or interrupted nights with young children are common reasons to be short on sleep.

However, other factors can contribute to drowsy driving, such as a medication you are taking or an untreated sleep disorder that leaves you depleted and unable to stay awake during the day. Late-night and third-shift workers are particularly affected by the natural release of melatonin associated with dark hours as they journey home after a long shift.

Drowsy driving accidents can be caused by a number of factors. Here are some of the main effects of drowsy driving that can lead to serious crashes:

The effects of drowsy driving are more severe than most people realize. When you are awake for more than 18 hours, the effect on your body is the same as if you had a BAC of 0.05 percent. According to the CDC, after being awake for 24 hours, it’s similar to having a BAC of 0.10 percent, which far exceeds the legal limit in all states. Considering the legal blood alcohol content (BAC) limit is 0.08 percent, drowsy driving is similar to drunk driving.

In addition, certain groups in particular are more susceptible to drowsy driving. This includes drivers in their teens and early 20’s. Data shows that gender does not have a significant impact on drowsy-driving crashes, but across the board, females are more likely to be involved in drowsy-driving accidents, according to a study from the AAA Foundation. 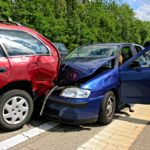 Driving drowsy has been shown to increase the risk of accidents and potentially fatal crashes. It’s a serious risk that some drivers don’t take seriously. When you get behind the wheel and are extremely tired, it puts you and other drivers on the road in danger. Data shows that 2.4 percent of all fatal car accidents involve drowsy drivers. In addition, driving drowsy can have an impact on your car insurance. If you get into an accident due to fatigue, your car insurance premium could increase significantly. The average cost of car insurance after an at-fault drowsy-driving accident increases by 42 percent. Additionally, depending on what state you live in and other personal rating factors, your increase could be even higher. And, if the crash results in serious injuries or fatalities, you could potentially lose your driving privileges temporarily.

Today, the world moves faster than ever, with the rise of digital development pushing us to move quicker and rest less. Poor sleep is a common problem, with 25 percent of U.S. adults suffering from insufficient levels of sleep and rest each day.

Americans have shown a marked decrease in sleep and rest within the last 30 years. The odds of being a short sleeper, or someone who sleeps less than six hours each night, have increased dramatically.

The AAA Foundation for Traffic Safety found in 2019 that the vast majority of Americans share disapproving attitudes regarding drowsy driving, with about 96 percent identifying the trend as extremely dangerous and more than 97 percent voicing their disapproval.

Surveys by the National Sleep Foundation echo these findings, with U.S. drivers sharing similar sentiments. In its report, half of American adults admit to driving while feeling tired, and about 20 percent admit to having fallen asleep within the last year.

While American drivers seem to know that driving while drowsy is wrong, less than 30 percent believed that drivers drive tired even though 24 percent freely admit to falling asleep behind the wheel in the last month alone. That sharp contradiction makes a pronounced statement about driver attitudes versus driver behavior, undoubtedly contributing to the number of accidents attributed to drowsy driving each year.

For some people, getting a good night’s sleep can be challenging for a number of reasons. However, practicing good sleep hygiene is incredibly important and it can help prevent you from driving drowsy. Here are recent some statistics on sleep:

Sleep-related disorders and poor sleep quality affect Americans of all ages, genders and socioeconomic classes. However, there are certain risk factors that can work against tired drivers, increasing the chances of an accident related to drowsy driving. Some of those risk factors include: 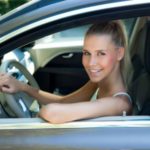 Drowsy driving by gender
When it comes to gender, drowsy driving studies show mixed results. Some reports show that fatigued driving behavior tends to skew slightly more male, whereas other studies indicate that females have a slightly higher risk of getting into a drowsy-driving related accident.

Drowsy driving by time of day
Unsurprisingly, drowsy driving is more likely at night. Almost half of all drowsy driving episodes happen between 9 p.m. and 6 a.m. With that said, 26 percent of respondents said they had nodded off while driving between noon and 5 p.m. When it comes to safe driving, it is important not to ignore the dangers of drowsy driving, even during the daytime.

Drowsy driving by length of drive
When it comes to the length of drive that causes drivers to nod off, you may think that the longer the drive, the more likely the drowsy driving behavior. Interestingly enough, 30 percent of drivers report nodding off on a drive shorter than one hour. 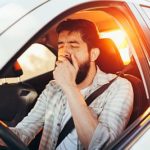 Specific drowsiness indicators signal that you should refrain from driving until you have had more sleep. However, driver fatigue may not always show itself in the same form, making it harder for some to detect. Some of the key warning signs of drowsy driving include:

Who is most at risk for drowsy driving?

Drowsy driving affects everyone, regardless of age, career, economic status and driving experience. It’s not uncommon for drivers to experience fatigue, and sometimes, you’re forced to get behind the wheel when you’re sleep deprived. However, some groups are more at-risk for drowsy driving than others, including young drivers, shift workers, commercial drivers, business travelers and individuals with sleep disorders.

Teens and young drivers have had less time on the road, so their skills are not developed behind the wheel. Younger drivers are also more likely to drive during late hours for work or social reasons, making them more susceptible to drowsy driving. Below are some statistics around teen drivers and the unique risks they face:

Shift workers and those with extended hours

Shift and night workers are often subject to long hours on the clock, and when it comes time to clock out, they are typically exhausted. A long drive home is the last thing they need, but many still trudge to their cars out of obligation and routine anyway. Those who work night, rotating, or double shifts have six times the risk of drowsy driving than other types of workers. Professionals who often work grueling shifts can include doctors, nurses, pilots, police officers and firefighters. Below are several facts about shift workers and their increased risk of fatigue: 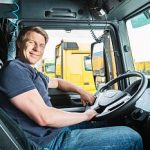 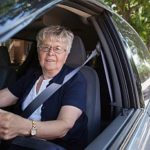 Those who travel the country regularly for business are at particular risk of drowsy driving, as they are often subjected to jet lag, changing time zones as often as ZIP codes. If you travel extensively for work, it can be challenging to get enough sleep to be safe on the road. Here are some things to be aware of if you travel often for business:

People with sleep disorders
Drowsy driving can be an everyday battle for drivers with sleep disorders. Narcolepsy or insomnia can leave some drivers feeling depleted and tired during the day, while those with untreated obstructive sleep apnea (OSA) are categorically more at-risk of drowsy driving. Some medications can also be counter-effective, making drivers sleepy when they need to be focused behind the wheel. Here are some sleep disorder statistics to be aware: 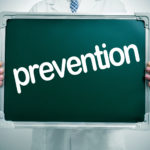 How to prevent drowsy driving
We have all felt tired behind the wheel, but these are some tips to help you stay alert and remain safe, no matter when you have to drive.