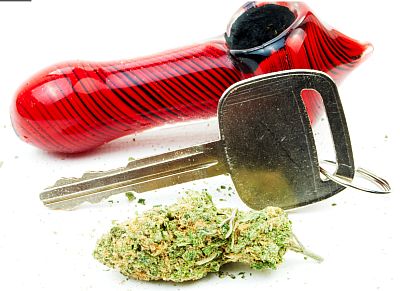 Crash rates spiked with the legalization of recreational marijuana use and retail sales in California, Colorado, Nevada, Oregon and Washington, a new study by the Insurance Institute for Highway Safety (IIHS) and another by the affiliated Highway Loss Data Institute (HLDI) show.

However, the preliminary results of a separate IIHS study of injured drivers who visited emergency rooms in California, Colorado and Oregon showed that drivers who used marijuana alone were no more likely to be involved in crashes than drivers who hadn’t used the drug.

Driving simulator tests have shown that drivers who are high on marijuana react more slowly, find it harder to pay attention, have more difficulty maintaining their car’s position in the lane and make more errors when something goes wrong than they do when they’re sober. But such tests have also shown marijuana-impaired drivers are likely to drive at slower speeds, make fewer attempts to overtake and keep more distance between their vehicle and the one ahead of them.

Jun 20, 2021connieshedron
Manchin Cites 'Grave Concerns' About U.S. 'Going to the EV'Caution: Not All Transportation Quotes Are Created Equal