Connected Car Industry Expected to Exceed $130B Annually by 2019 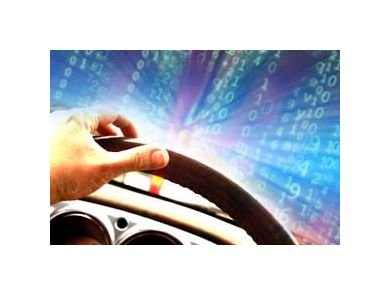 The global connected car market is expected to grow into a $131.9 billion industry by 2019. It will be a separate business, but it will be linked to the auto industry, according to a new report.

Market demand for the latest in connectivity technology, such as 4G, now accounts for more than 30% of the market as users prefer it to download the latest apps and services in a vehicle, the report noted.

Among the key regions in the global connected car market, North America accounted for the largest share in 2012. The presence of a number of automotive companies and technology players has supported the growth of the market in the region. However, market players are eyeing Asia Pacific as the future market for connected cars.

“The rising demand for applications such as fleet management, navigation, and infotainment from China will augment the growth of the regional connected cars market,” the TMR report.

The growing awareness about road safety and security has led to the increased demand for connected cars. The rising need for connectivity, emerging applications in vehicles, the growing demand for commercial B2B services, and the implementation of various government mandates regarding safety of drivers has further supported the growth of the global connected car market.

“In-car infotainment services have played a pivotal role in the growth of the connected cars market worldwide,” the TMR report noted.

However, the hardware and communication costs in connected cars might restrain the market’s growth during the forecast period. Complex user interfaces have been associated with driver distraction, thereby increasing safety risks. A number of accidents during test phases of connected cars might negatively impact the growth of the market.

The advancements in network technology have created immense opportunities for the growth of the market.

The growing trend of luxury and high tech vehicles across developed economies, changes in regulations regarding road tolling, laws restricting the usage of handheld mobile devices during driving, and affordable rate of data packages for mobile networks are some of the key trends that would define the future of the global connected car market, the TMR report noted.