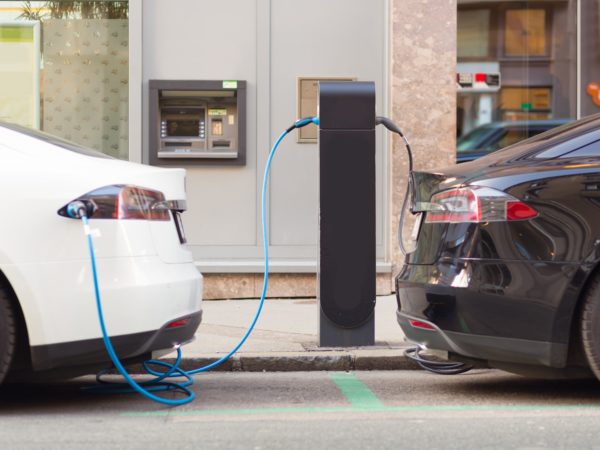 Range anxiety, a stumbling block for many may be dissipating, thanks largely to battery improvements that already have pushed the average range of today’s EVs to over 250 miles. Eventually, 500 miles might be within reach with still-better batteries.

That will put EVs on an equal footing with petroleum fueled vehicles as far as distance, but it still leaves another concern that could be called charge anxiety — how long it takes to fully charge an empty EV.

To be sure, there is lots of talk about fast charging, supercharging, and maybe even “utracharging.” Electrify America and Volkswagen recently announced an ambitious plan to add fast charging stations, paid for in part by the fine that VW paid for its diesel deception. And Tesla, which benefited from its substantial investment in charging stations, has said it will open its charging network to other manufacturers, but has not indicated the terms.

In reality, range anxiety no longer exists for most day-to-day driving. There’s no need to fill up an electric vehicle, there’s only the need to top it up. That’s because for the foreseeable future, most EVs will likely be charged at home, plugged into a 120-volt outlet, Level 1 charger. Presently, of the 2 million EVs on the road, 80% of them are charged at home. Estimates are there will be 20 million in the fleet by 2030, and even then, most will still be charged at home. There are about 80 million single-family homes in the U.S., most with carports or garages. Many city dwellers don’t own a car.

The average commute is about 35 miles per day round trip; the median is about 20 miles. By the numbers, Level 1 charging adds 4.5 miles per hour. Level 2 charging at 3.8 kW adds 12 miles per hour. 7.2 kW, which certainly will require installation by a licensed electrician, adds 25 miles per hour. Many states and utilities offer incentives to install home charging along with time-of-day electric pricing, which further incentivizes the purchase of electric vehicles. Any one of these options minimizes the need to even visit a charging station.

At the same time, charging stations are springing up everywhere: Suburban apartment complexes have begun to offer charging stalls; many retailers, shopping malls and office buildings are adding charging stations; so are employers, and even cash strapped cities. If strict economics weren’t enough, the Biden administration’s infrastructure bill proposes to spend $15 billion to install 500,000 chargers by 2030.

Beyond metropolitan areas, where– to repeat– completely emptying and filling up is not really needed, and certainly not smart, there has been a lot of activity on the Interstate system. The world’s largest truck stop, Iowa 80, in Walcott, has added ChargePoint stalls. Love’s Travel Stops has added seven charging states in several states. Other truck and travel stops are planning similar installations.

Tesla is building a 100-stall charging station between Los Angeles and San Francisco, and other manufacturers have plans to make chargers available in state parks. Hotels along the Interstate are adding chargers to attract drivers. Even big oil is getting into the act. Shell is planning to add 500,000 charging stations globally, by 2025. Eventually, charge anxiety won’t exist even in most rural areas.

But for those who insist on gambling that they won’t run out of charge, there are solutions. SparkCharge is a startup that has partnered with Allstate, and recently gained publicity when Shark Tank investor Mark Cuban led a $5 million round. The company’s modular, stackable Roadie chargers can provide a charge of 1 mile per minute.

In the UK, the Automobile Association has taken a different approach. It tows the vehicles to the nearest charging station. The American Automobile Association, which provided charges to stranded electrical vehicles on the West Coast earlier in the century, retired its charging vehicles a few years ago, and has not replaced them. There’s probably not much of a need.