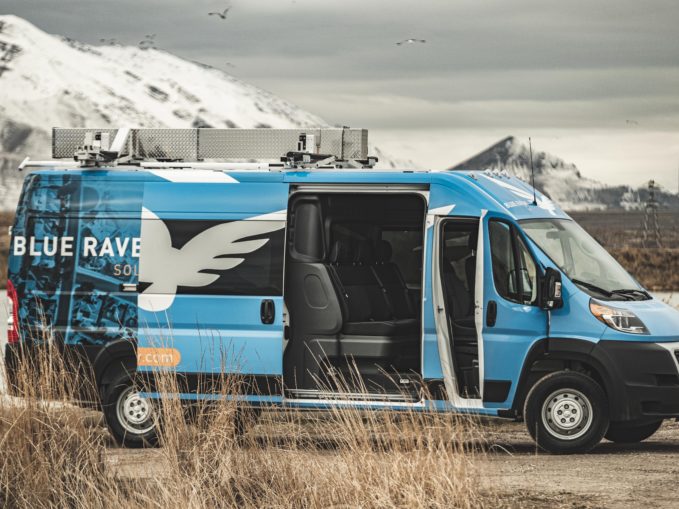 If you run a fleet with cargo vans and want to send a crew of four to six to a work site, you may well have run across this problem: you can’t fit them all in the same vehicle.

With the first occupied by the driver and one passenger, and with the tools and parts in the back, one solution is to run the extra crew members in a second vehicle – but that means double the fuel and insurance costs, not to mention the double exposure to potential accident liability and an extra vehicle in your fleet you might not otherwise have to acquire or could use on another assignment.

Alternatively, you may get the whole crew where they need to go in a single crew cab pickup truck, which you may have upfitted with a service body. The problem there is three-fold: the pickup typically burns more fuel than a cargo van, the upfit could cost you north of $20,000 over and above the cost of the vehicle, and the upfit itself runs the risk of greater exposure to chassis corrosion, a shorter lifespan for the vehicle and a lower residual value when it comes to time to remarket it.

Fortunately, there’s a new company out there that can solve this problem and save you big money.  It’s called CrewVanCo., and their solution is one that has been taking over the work truck market in Europe over the last 12 years: the after-market installation of a second row of seats in vans that meets U.S. federal motor vehicle safety standards and look like they came off the vehicle manufacturer’s assembly line.

“Our kit was designed to maximize crew capacity and also minimize cargo loss, while keeping safety top of mind,” says Phil Sansotta, CrewVanCo’s co-founder and managing partner.  “Our crew cabin conversion is the only one on the market that has been safety crash-tested and is compliant with the Federal Motor Vehicle Safety Standards.  That means you can have a crew in the back, and they can be insured, which is a problem for other seating solutions.”

The three-passenger seats are made in The Netherlands by a company called Snoeks Automotive, which, according to Sansotta, has sold some 500,000 of its crew cab conversion kits, which he said are now in 15 percent of Western Europe’s entire cargo van fleet. Last year, CrewVanCo., headquartered near Salt Lake City, Utah, became Snoeks’ exclusive North American distributor.

To date, for the North American market, the kits are available for Ford Transit, RAM ProMaster and Mercedes-Benz Sprinter cargo vans, but Sansotta said Snoeks is in talks with other OEMs, including GM and Volkswagen.

The kit includes a three-person bench seat, passenger cabin flooring, side panels with safety glass windows, a headliner and an integrated floor to ceiling safety partition with a center window between the seats and the cargo space to the rear.  Because the kits have been designed in cooperation with the vehicles’ manufacturers, the seat fabrics match OEM factory specifications.

“The average vehicle downtime costs businesses $1,500-$1,800 per day,” he said.  “It can take weeks for a pickup truck conversion, but it takes only 4-8 hours for one of our kits to be installed.  That alone can save fleets thousands.”

In operation only since March, CrewVanCo’s kits have been installed from coast to coast in the U.S. and Canada, Sansotta noted.  “Not only do they meet our customers’ needs, our kits’ soundproofing makes the ride much more pleasant,” said Sansotta.  “One of our first customers installed our kit in three vans and they love it so much they’re going to install them in their entire fleet.”