Can Trump Uncork Vehicle Emissions? It Won’t Be Easy 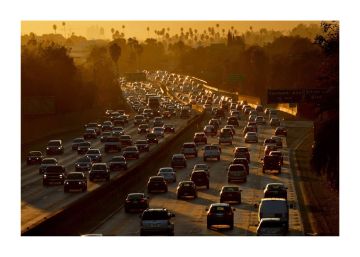 For eight years, the message from Washington to automakers has been clear: Build greener cars. Today, the message changed.

President Trump announced, in a meeting with automakers in Detroit, that he wants the EPA to review its tailpipe emissions standards for model years 2022 through 2025, standards the Obama administration attempted to make permanent just before Trump’s inauguration in January.

But all is not lost. An EPA review of those rules will take months, and changing them will require providing robust evidence that the Obama-era regulation will adversely effect automakers and the US economy, and that reversing it will not adversely effect the environment.

Even if the EPA—led by Scott Pruitt, who has said CO2 is not a primary contributor to global climate change—reverses course, you can bet environmental groups and others will fight the agency in court.

I’m glad you asked, because it’s complicated. In 2012, in cooperation with the automotive industry, the Obama administration decided to tackle transportation emissions in one fell swoop. The EPA, the Department of Transportation, and the California Air Resources Board (more on California in a bit) worked with automakers to coordinate the rules regulating tailpipe emissions and fuel economy. Those things are measured in different ways, but ultimately everyone agreed that automakers would slowly increase the average fuel economy of their fleets to 54.5 mpg by 2025, up from 25.1 today. The rule came with a big asterisk: The government agreed to reexamine the standards by April 2018 to ensure they still made sense for the environment, consumers, and automakers.

But the Obama administration sped up the timeline in what Trump called an “11th hour” decision in January, closing the EPA’s midterm review after the environmental agency ruled that the standards schedule still checks out. (In fact, it suggested an even shorter timeline.) The DOT, meanwhile, continues working on its regulations.

Automakers, who have traditionally resisted mandates to reduce emissions and increase fuel efficiency, urged Trump to reopen the EPA midterm review. They say meeting the guidelines would cost far more than the $200 billion the EPA projected in 2012. They argue that the Department of Transportation’s process needs to sync up with what the environmental agency is up to—that it would be impossible for them to deal with one set of emissions standards from EPA, and another set of fuel economy ones from DOT. And the industry claims, as it so often does, that consumers don’t want fuel efficient vehicles. Gas prices are down, and SUV and light truck sales are up, they say, and we can’t sell something consumers don’t want.