A Call to Action: The Second Step Toward Successful Marketing Communication 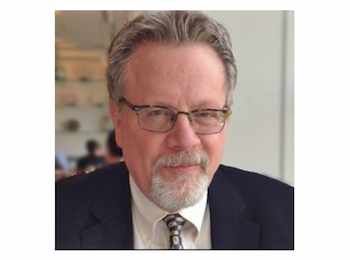 In the August ‘Call to Action’ column, I featured the first part of an article by Anna Kucirkova of Connex Direct Marketing entitled “Four Key Steps Toward Successful Marketing Communication.” Here is the second step:

What type of ad platform is your demographic most likely to respond to? Where do they spend most of their time? Facebook? Instagram? Snapchat? Standard television? Print ads? Wherever your audience spends their time most is where you also need to be. (Ed. Note: Like all industries, the fleet industry demographic is changing!)

Here are some specifics to consider when trying to determine where your audience spends their time:

Generational advertising is an important consideration when developing a marketing plan because different generations tend to spend their time differently.

While one group is more inclined to respond well to print ads in a trade magazine, another would more likely be persuaded by native advertising on social media. How does each generation respond?

Not surprisingly, Generation Z (generally those born between 1995-2012) respond very well to social media ads. Gen Z report that they get as much as 85% of their information about new products on social media.

Since they have not known a time without digital media, Generation Z has developed a very short attention span. This makes them especially attracted to short videos and apps like Snapchat, YouTube, and Instagram.

Millennials are very attached to their smartphones and are a good target for SMS marketing. They tend to value their friend’s reviews over traditional marketing. Their attention span is only a bit longer than Gen Z.

Generation X (1965-1980) is the smallest generation, but they’re the highest spenders after Baby Boomers. They spend a lot of time on Facebook and Twitter, and they also respond well to email marketing.

They also tend to value in-depth product reviews, and aren’t as image-oriented as the younger generations. Blogs with reviews and high-quality articles are a good way to connect with this generation.

Baby Boomers (1946-1964) are often considered slow to use technology, but they are actually more technologically capable than they are often given credit for. They still hold the largest portion of buying power and do up to 50% of the spending.

While it’s true that they are less likely to interact with apps, this group is still likely to buy from their laptops and phones. Baby Boomers use Facebook and are also avid email users. Like Generation X, they value in-depth reviews and articles about products.

Next month, we will look at how to craft your message in the language of your target audience. Please free to contact me with questions or comments at wepierceiv@outlook.com .