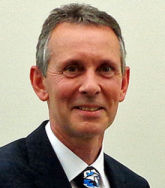 New analysis from mileage capture specialist, Vertivia, reveals there can be dramatic falls in claimed business miles once a mileage management system is implemented, due to changes in driver behaviors.

Vertivia analyzed both the business and private mileages driven by company drivers across its entire fleet. The analysis showed that one major UK fleet witnessed a fall in recorded business miles of 5,546 miles a year per driver, some 25.7% of the company’s total business mileage, following the introduction of Vertivia’s mileage capture system.

The analysis, up to the end of September 30 this year, looked at the trends in recorded mileage following the implementation of the system. It showed that the average fall across the Vertivia fleet was 1,874 business miles per driver or 10.6% of the total business miles driven.

The analysis also showed that at the same time as recorded business miles went down, so recorded private mileages as a proportion of the total went up – from an average of 18.5% to 24.7% for the fleets analyzed.

The largest single differential recorded on one client’s fleet saw the percentage of recorded private miles increase from 20.1% to 37.6% of all recorded miles.

Vertivia sales director, Paul Chater, said: “The findings are conservative because pre-implementation data in all cases was not available and therefore the trends are likely to be higher than we have shown.

“They prove conclusively that the introduction of a mileage capture system, like Vertivia Mileage Management, can have a profound effect on the business miles driven and claimed by company drivers.

“The very fact that business miles and private miles are being recorded accurately, and that there is total transparency in the way the miles are captured, does seem to have a dramatic impact on driver behaviors.

“This results in a substantial fall in the number of business miles recorded, which can produce savings not just in mileage expenses but in fuel costs, too. The average saving per driver suggests that, for a fleet of 1,000 vehicles, a saving in mileage expenses in excess of £280,000 ($458,400) per annum would not be unrealistic.

“However, while some of the changes were down to drivers being more accurate in recording  their mileages,  others were due to a shift in management  practice; for example, the more widespread introduction of teleconferencing, as we have seen at one client,” he said.

Vertivia’s mileage management technology works by mapping distances between postcodes. Its use has already been proven to save UK firms thousands of pounds on mileage reimbursement costs and fuel bills, and allows them to make serious inroads into reducing their carbon footprint.

As a simple and effective online solution, it reduces administration for drivers by eliminating paperwork and improving accuracy via postcode mapping. At the same time, it allows employers to access and maintain accurate records of business journeys to support fuel payments, and provides full audit capabilities to ensure compliance with the latest legislation and company policy.

“Our system provides a completely accurate record of drivers’ miles, allowing fleet mileage to be managed and controlled more effectively.  As well as the savings in mileage expenses that can be achieved as our analysis has demonstrated, our clients also see a significant fall in carbon emissions and in other expenses,” added Paul Chater.