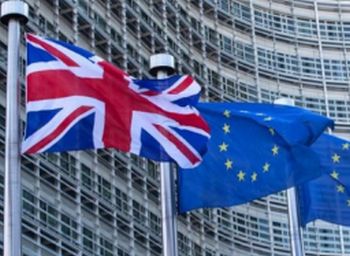 Car manufacturers and suppliers have reacted to the news of the Brexit vote outcome, warning that UK PLC is “now in uncharted territory” and indicating a “period of instability for new and used car sales” as well as impacts on residual values and fuel prices.

With a 52% majority, the Out campaign triumphed, leaving concerns over the impact on car production in the UK and the wider picture for UK businesses.

In response to the Brexit outcome, the Governor of the Bank of England said: “Some market and economic volatility can be expected as this process unfolds.”

He added that: “The Bank will continue to consult and cooperate with all relevant domestic and international authorities to ensure that the UK financial system can absorb any stresses and can concentrate on serving the real economy.

“The best contribution of the Bank of England to this process is to continue to pursue relentlessly our responsibilities for monetary and financial stability.”

Already, the implications of Brexit on the car industry have come under focus.

The Society of Motor Manufacturers and Traders (SMMT) – which had previously indicated that remaining in Europe was critical to the future of the UK automotive industry – issued a statement today (24 June) on the news, with chief executive Mike Hawes saying: “Government must now maintain economic stability and secure a deal with the EU which safeguards UK automotive interests. This includes securing tariff-free access to European and other global markets, ensuring we can recruit talent from the EU and the rest of the world and making the UK the most competitive place in Europe for automotive investment.”

In particular, carmakers with UK operations have been left considering the implications.

A press statement issued by the SMMT in March outlined that 77% of members said remaining in Europe was best for their business, according to a 2016 survey by independent pollster ComRes.

The most recent manufacturing figures released by the SMMT show that 81.5% of the cars produced in the UK in April were for export.

Toyota, which has a production plant in Burnaston, Derby, said: “Going forward we will closely monitor and analyse the impact on our business operations in the UK, and how we can maintain competitiveness and secure sustainable growth together with the UK automotive industry and other stakeholders.”

Earlier this year, Johan van Zyl, President and CEO of Toyota Motor Europe, had said that carmaker was “concerned that leaving would create additional business challenges” and added that it believed “continued British membership of the EU is best for our operations and their long term competitiveness”.

Honda – whose plant in Swindon produces models including the forthcoming Civic – also commented today, saying: “A decision has been taken by the British people and Honda respects that decision. At this moment, it is not clear what conditions and rules will ultimately replace the UK’s membership of the EU. We will therefore carefully monitor developments. We continue to prepare for the production launch of the 10th generation Civic from our Swindon plant. Honda remains committed to its business in Europe.”

Jaguar Land Rover, which has three vehicle manufacturing plants in the UK as well as its headquarters, said “today is just business as usual” and commented: “We are a British business with a strong manufacturing base in this country, we call Britain home and we remain committed to all our manufacturing sites and investment decisions.

“Europe is a key strategic market for our business, comprising 20% of global sales, and we remain absolutely committed to our customers in the EU.

“There will be a significant negotiating period, and we need to understand more about that as details emerge. We will work hard with all parties to ensure that the importance of the British automotive industry is fully understood at every level of the negotiation process.”

The BMW Group also issued a statement, saying that it respects the decision, adding: “While it is clear there will now be a period of uncertainty, there will be no immediate change to our operations in the UK.”

The fleet industry is also carefully considering the impact of Brexit, with many warning of instability, at the least in the short term.

Rupert Pontin, director of valuations, Glass’s, said: “If the Brexit voters are correct in their thinking, it could create greater prosperity for the country in the long term but, over the next few months and years, the road is likely to be very bumpy. Markets will be affected, as will the value of the pound, and we expect to see consumer confidence tail off until the view of the way forward becomes clearer. How long this will take is difficult to predict.

“For the motor industry, all of these developments are very likely to have negative effects including a period of instability for new and used car sales, as well as an increase in pre-reg activity and downward pressure on values. There is also likely to be further political instability as a result of the referendum outcome, both at home with the ruling government and across Europe as the EU comes to terms with the decision, which will create further uncertainty. Whatever the outcome in the longer term, there are plenty of challenges now facing the motor industry and the UK as a whole.”

Paul Hollick, managing director of The Miles Consultancy and chair of the Institute of Car Fleet Managers, said: “The next 12 months will be an unprecedented period for the fleet and automotive industries, which are strikingly multinational whether you’re talking about suppliers, major customers or of course the vehicle manufacturers. The leave vote clearly puts UK PLC into uncharted territory. Businesses like nothing less than uncertainty so my worry is that we the prolonged period of political upheaval and economic turmoil ahead will mean that businesses go into suspended animation and inward investment will be postponed or made elsewhere.”

BVRLA chief executive Gerry Keaney also responded to the news, saying “the fleet industry will need time to assess the ramifications of the referendum result”.

“The BVRLA will continue to assist members in their operations, and we will regularly update members when possible on the implications for our sector regarding the decision to leave the EU,” he commented.

“The first priority for the Government is to restore economic stability to the UK market.

“For its part, the association will be working closely with UK and European policymakers to ensure that the exit process has a minimal impact on members and their customers.

“We remain confident that BVRLA members will adapt – after all, our sector is very experienced in dealing with challenge and change.”

French bank Societe Generale – parent firm of ALD Automotive, said: “After the decision of UK citizens to leave the European Union, a long period of negotiations will begin to redefine the future of the economic relationship between the UK and the European Union. Societe Generale will closely follow the progress of the discussions and their consequences in the short, medium and long term. Nevertheless, operating from a dual hub in Paris and London, the Group will adapt in time to best serve its international, European and UK customers. London will remain a major international financial center, and Societe Generale will continue its development in the UK.”

UK motoring and breakdown organisation, the RAC warned that, following the referendum result, the value of the pound is likely to result in higher prices at the pump – with an increase of up to 2ppl – despite a drop in the world crude price.

RAC Fuel Watch spokesman Pete Williams said: “It is too early to tell what the implications are in the mid to long term but it is likely motorists will see some volatility in the price of fuel on UK forecourts in the coming weeks. While the cost of crude has dropped as markets react to fears of a global economic slowdown the fall in the value of the pound to levels not seen since 1985 means that retailers are today facing an increase in the wholesale price of around 1.5 pence which will very be likely passed on to motorists at the pump.”

The UK’s AA also warned of the wider impact of the decision on motorists. Although the organisation said it did not take a position on the referendum and declared it was for members to decide, it said that fuel prices, driving in Europe and motor insurance could all be affected.

With regards to pump prices, the AA said “there will be a period of instability as the market begins to adjust to the news. With the value of the pound falling by more than 9% overnight and the weaker pound against the dollar fuel prices at the pumps are likely to creep up”

Edmund King, AA president, added: “Fuel prices will be the biggest immediate concern of drivers with the weaker pound and the Chancellor’s prediction that leaving the EU would lead to fuel duty increases. We will oppose duty increases and continue to monitor the situation on behalf of our members.”

The AA’s statement concluded that it “stresses there are many unanswered questions and that it will take months, possibly years, to negotiate a complete picture for motoring and the motor industry in the UK”.