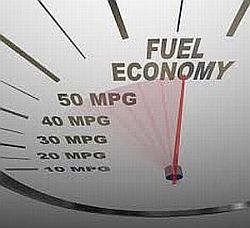 The U.S. Environmental Protection Agency and the National Highway Transportation Safety Administration have decided to cut off public comment on the federal fuel-efficiency regulations and denied a request by automakers to extend the comment period.

The decision sets up a showdown between federal regulators and automakers that argue the current regulations are too stringent given the prevailing drop in fuel prices and the shift in consumer demand towards larger, less fuel-efficient vehicles, such as trucks and sport utility vehicles.

In a report released last month, EPA and NHTSA said that automakers have the technology to meet aggressive mandates to hike fuel efficiency, but fleet-wide improvement will not be as great as the Obama administration once forecast because buyers are switching to pickup trucks and SUVs.

The Alliance of Automobile Manufacturers, including General Motors Co., Ford Motor Co., Toyota Motor Corp., Volkswagen AG and Daimler AG, asked regulators on Aug. 1, to extend the deadline for comment until at least late November. With the ruling comments must be filed by late September.

The U.S. Chamber of Commerce, National Automobile Dealers Association, Association of Global Automakers representing other major automakers, including Honda Motor Co. and Nissan Motor Co., and other groups joined the Auto Alliance in filing a request for an extension.

The final report from regulators will set the terms of the will frame a debate with the auto industry on future fuel-economy regulations that will be decided in 2018 by the next president.

Environmental groups are already organizing to protect the 54 miles per gallon standard that was originally set by the Obama administration.

Since the EPA/NHTSA/CARB fuel economy technical report was released, we’ve seen a lot of reporting that quotes auto industry reps saying that standards are too hard to meet. To make their point, they conflate how consumers are buying larger vehicles with their ability to comply with the standards and that isn’t accurate, Jason Kuruvilla of Consumers Union.

In addition, the Natural Resources Defense Council has released a poll showing that a substantial percentage of Americans support the existing standards and imposition of even tougher rules in the future.

Administration officials said in July that an important finding of their analysis is that automakers can comply with the mandates using known technology, and deliver benefits in terms of fuel savings and greenhouse emissions cuts that outweigh the estimated $894 to $1,245 per vehicle in costs.

When the administration first outlined its goal of boosting average fleet fuel economy to 54.5 miles per gallon, regulators forecast that 67% of vehicles sold in 2025 would be cars.

Since then, gasoline prices have plummeted and truck sales have surged. Last month trucks and SUVs accounted for more than 60% of the new vehicles sold in the U.S.

Aug 24, 2016connieshedron
What to Do If Your Car Is Caught in a FloodWorld's First Self-Driving Taxis Hit Singapore