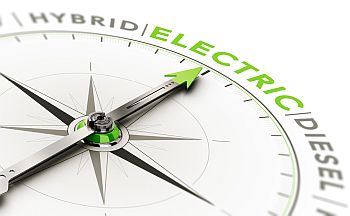 If automakers have their way, President Joe Biden’s infrastructure plans to be announced Wednesday will be full of programs and proposals to help them design, make and sell dozens of new electric vehicle models.

With many countries and California looking to phase out the sale of internal combustion engines that contribute to climate change and some automakers aspiring to do the same, John Bozzella, president and CEO of the Alliance for Auto Innovation, a group that represents automakers including General Motors, Ford and Stellantis, said Tuesday it will require a “significant partnership with government” to reach those goals.

“This is a shared vision and it is a transformative moment for the industry and the nation,” Bozzella said. He added that automakers have already begun investments into electric, electric-hybrid and other alternative fueled vehicles that could reach $250 billion by 2023, with the number of electric vehicles (EVs) on the market tripling by 2026.