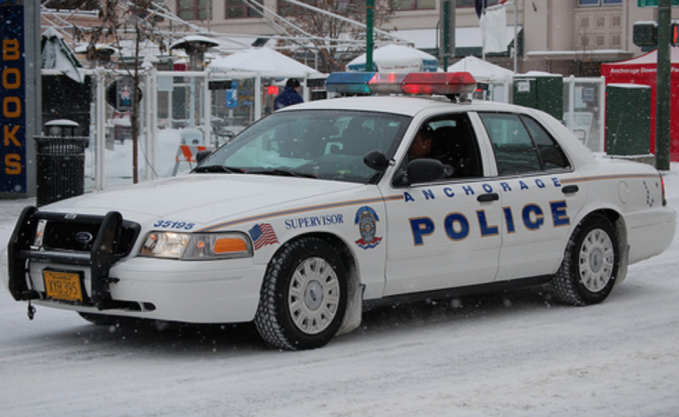 The Anchorage Police Department is paying nearly $140,000 to change the locks on its entire fleet of patrol cars after someone broke into a city tire shop in early April and exposed a security weakness — some cop cars have the same keys.

Early in the morning on April 7, a burglar forced open the door to the tire shop on Fairbanks Street. When police officers responded to a report of the break-in at 2:51 a.m., there was stuff scattered everywhere, said Anchorage police spokesperson Jennifer Castro. Shelves, cabinets and drawers had been rummaged through.

About four cop cars were also in the shop, dropped off by officers with late shifts for a tire changeover, Castro said.

None of the keys to the patrol cars were ultimately stolen, Castro said. But in the initial shuffle, only one key was accounted for, she said. While city staff were putting the shop back together and running an inventory of the equipment, Castro said, police officials feared someone had gotten the keys.

That triggered a much bigger security problem: Different makes and models of APD cars share the same key.

For example, if someone stole a key to a 2005 Impala, that person could have access to all the 2005 Impalas in the fleet, Castro said. She said no one key fits all the patrol cars, but she said one key might fit as many as a dozen vehicles.

Castro said it took about two weeks to get “absolute confirmation” from the tire shop that none of the police vehicle keys had been stolen. But she said the decision to rekey the patrol cars made sense either way.

“Even if the keys are being found, we still have this vulnerability,” Castro said. “That there’s people out there where stealing one key could have access to multiple vehicles,” including police radio equipment, computers and rifles.