A Guide to the Confusing Hybrid Electric Vehicle Landscape 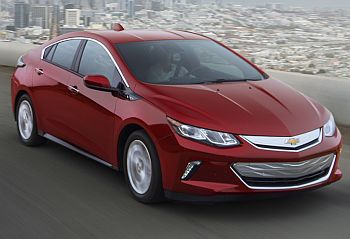 Are you having a tough time trying to figure out what kind of hybrid vehicle best suits your fleet?

It’s no wonder. Since Toyota introduced the first mass-produced hybrid car in 1997 – the Prius — the variety of hybrid types has proliferated, and the field is so littered with an attendant profusion of acronyms, jargon and auto industry market-speak that sorting out the features, advantages and disadvantages can be a mind-numbing experience.

So, what we offer here is a kind of a cheat sheet that describes the kinds of hybrids in the hope of providing you with a clear vision of the current hybrid universe. We’ll start with a basic definition.

This looser usage of the term has blurred its meaning to some degree, which is why the auto industry increasingly likes to refer to HEVs as “electrified vehicles”. Despite any differences, all HEVs share at least two common traits. First, they utilize electricity in a way that improves fuel efficiency. Second, they employ regenerative braking. When a driver hits the brake pedal, the action reverses the electric motor that otherwise converts electrical energy into mechanical energy, and uses the vehicle’s momentum to make electricity to recharge the battery.

Today, HEVs come in four varieties, classified according to the degree to which they use electrical energy to reduce burning fossil fuels in some way. From the least to the most electrified, these are: Micro Hybrids, Mild Hybrids, Full Hybrids and Plug-in Hybrids. How do they compare? Let’s take a closer look.

The Micro Hybrid is technically not a true hybrid because electric power is never used for to turn the vehicle’s wheels. In this respect, it more closely resembles a traditional fossil-fuelled auto.

Nevertheless, it does improve fuel economy by using a battery-powered motor to shut down the ICE when the vehicle is at a full stop to avoid engine idling and then quickly turns it back on as soon as power from the ICE is needed. Essentially, a Micro Hybrid is an idling-control vehicle, whose battery is recharged through regenerative braking. In the field, they reduce fossil fuel consumption by 2 to 5 percent.

Like the Micro Hybrid, MHEVs offer the engine stop-start feature, utilize regenerative braking and have the ability to recharge the electric powertrain’s battery using power from the ICE. But unlike a Micro, an MHEV uses electricity to power the wheels and is equipped with a larger and more powerful battery and electric motor.

In this type of vehicle, the electric motor isn’t powerful enough to provide the sole source of motive power, but is used instead to provide supplementary power for brief intervals (no more than a few seconds at a time) to assist the ICE with acceleration, particularly when the vehicle is accelerating from a complete stop.

Because electric motors are much more efficient at providing acceleration and high torque at low speeds than ICEs, electric motors are particularly effective at improving fuel economy when used in this fashion. The increased power demands the MHEV powertrain places on the battery and motors requires them to be bigger and heavier and the powertrain to be more complicated, which adds to the vehicle’s cost and weight relative to a Micro Hybrid. On the plus side, MHEVs deliver a fairly substantial 8-15% reduction in fuel consumption relative to ICEVs.

This is the type of HEV most people are familiar with. When the HEV acronym is used without any additional clarification, it usually refers to this type. A distinguishing characteristic of this type of hybrid is that the battery is charged by the ICE alone, and can’t be plugged into an electrical power station.

Full hybrids incorporate all of the features that MHEVs have (engine stop-start, power assist for acceleration, and regenerative braking and by electricity generated using power from the ICE), but differ from them in the following ways:

• Their batteries are considerably larger, heavier and more expensive.
• Their ICEs tend to be smaller and less powerful.
• Their drivetrains are considerably more complicated.
• Their electric motors are capable of propelling the vehicle on their own for short distances.

Full hybrids achieve greater reductions in fuel consumption than MHEVs by drawing on the electric powertrain more often and for longer periods of time in situations where it offers significant efficiency advantages over the ICE powertrain (e.g., acceleration from a stop, and travel at low speeds characteristic of driving in urban settings). This enables the smaller ICE engine to operate more often in situations where it has a relative efficiency advantage, typically higher-speed highway cruising.

On the downside, the HEV’s heavier batteries and significantly more complicated drivetrain add both weight and cost to the vehicle relative to the MHEV. In addition, HEVs’ larger batteries can result in reduced cabin and storage room, and their heavier battery weight coupled with small ICE size can result in more sluggish performance.

In exchange for these trade-offs, full hybrids deliver fuel consumption that is typically 20-50% lower than standard ICEVs. That kind of reduction in fuel consumption of this scale would improve a fuel economy of 30 mpg to between 37.5-60 mpg.

Sometimes called a “Griddable Hybrid,” the PHEV differs from a full hybrid (remember: “HEV”!) in three ways: the batteries are considerably larger, bulkier and heavier; the electric motor is larger and more powerful; and the batteries can be charged by plugging the vehicle into an electrical outlet.

PHEVs have two driving modes: battery depletion mode, in which the vehicle is only propelled by the electric powertrain, and charge-sustaining mode, sometimes referred to as the hybrid mode, in which the vehicle operates like a full hybrid vehicle. On electricity alone, PHEVs currently offer ranges of 10 to over 80 miles on a fully charged battery. PHEVs — particularly ones with electric ranges at the upper end of the spectrum — can operate much more like electric vehicles that have ICE engines as the secondary power source than the other types of hybrids, where the ICE is the dominant power source.

PHEVs also have the highest sticker price of all HEVs, because of their bigger, more powerful batteries and, to a lesser extent, their more powerful electric motors. On the other hand, PHEVs can also have the lowest fuel costs, depending on what proportion of the distance they travel is in charge-depleting mode

Part of the confusion over HEV nomenclature is that PHEVs, particularly ones with electric ranges greater than 40 miles, are sometimes called “extended range” electric vehicles (EREVs or xREVs), or “range extended” electric vehicles (REEVs). For the most part, this is a marketing term the automobile industry uses to emphasize to customers and politicians in states that offer tax incentives that long-range PHEVs have enough battery capacity to minimize fossil fuel while also providing range and fast refuelling capabilities similar to an ICE-powered vehicle.

Among the four types of HEVs, PHEVs offer the greatest potential for fuel consumption reduction relative to ICEs, ranging from 40 to 80 percent or more depending on how far they’re driven between recharging. A reduction in fuel consumption of this magnitude equates to an improvement in fuel economy of 67 to 500% and would increase a fuel economy of 30 mpg to 50-150mpg.

Choosing the Best Hybrid for Your Fleet

Which, if any, of the above types of HEV provide a good fit for your fleet depends heavily on why you’re considering a hybrid in the first place and how you expect the vehicle to be driven. In general, it’s important to keep in mind that with each successive level of electrification, the sticker price goes up and the fuel expense goes down.

If you’re considering whether to go with a full hybrid or a PHEV, it’s also important to note that it’s only worth buying a PHEV if you expect the vehicle to be charged frequently and to be driven a number of miles per day that doesn’t greatly exceed its electric range. It’s also important to keep in mind that many of these vehicles qualify for federal and state tax rebates that can greatly influence their relative financial costs and benefits.

One final note: in this guide, we’re only talking about hybrids, not battery electric vehicles or “BEVs,” like the Chevrolet Bolt, Nissan Leaf or any Tesla. That’s a topic for another day.