2020’s Road Death Count Was the Highest in 13 Years Due to Reckless Lockdown Drivers: Study 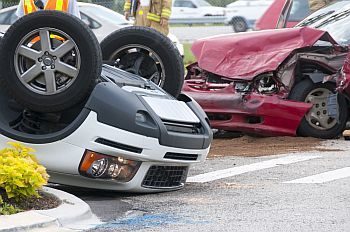 As COVID-19 swept across the country this time last year, states instituted emergency lockdowns, slowing the virus’ spread and attempting to prevent the overrun of hospitals nationwide. Many Americans endangered themselves anyway via reckless driving.

The National Safety Council, whose estimates have been accurate to National Center for Health Statistics figures within two percent for the last decade, projects 42,060 Americans died on the roads in 2020. This marks an increase of eight percent over 2019’s total, and the highest since 2007.

These changes to Americans’ driving behavior contributed to a $474 billion impact on the American economy according to the NSC, whose estimate includes costs related to injuries, deaths, and property damage. As these changes appear (at least for the time being) to be lasting, it seems time to reiterate the obvious: Drive safe, and watch out for people who don’t.