Where the Heck Are We Going to Charge All of the Electric Cars? 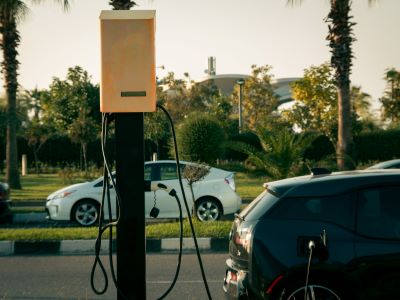 One in three U.S. housing units does not have a garage, according to the 2019 American Housing Survey, and many of those households do not have their own parking spots. Some studies suggest we’ll need as many as one charger for every two electric vehicles.

Where to charge them? Many cities are experimenting with EV charging at the curb and so far, that is working much the same way as street parking: every driver for him or herself.

Even at low voltages, however, curbside charging is a challenge. “You’d think they’d be simple projects—pole-mounted, streetlight-mounted—but the way it’s looking right now is they’re all kind of one-off, and you don’t get a cost reduction from scaling. It’s going to be cheaper to put it in a garage in almost any scenario. Curbside will be a niche.”

Read the article at Slate.

Nov 7, 2021connieshedron
How to Develop a High-Impact TeamGeotab Sustainability Report 2021: Moving the World to a Sustainable Future