Where Analysts Think Oil Prices Are Headed This Year 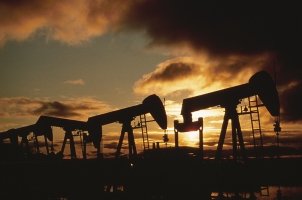 It’s getting trickier to predict the price per barrel of oil and its direct correlation to gasoline and diesel prices – much more so than in the 1970s when the Organization of Petroleum Exporting Countries (OPEC) could instantly throw a wrench in the gears.

Volatile market conditions still play a part, such as an uprising in a Middle East nation.

As for this year, three leading energy agencies have reported that production outside of OPEC should be increasing this year – with much of that coming from US shale fields.

There’s also the potential of Iran, Iraq, and Libya ramping up production.

Oil prices dropped down to near $92 per barrel on Monday after the announcement that Iran has made an agreement to implement a six-month interim on its nuclear program. Some economic sanctions on Iran will be eased as the country agreed to limit its uranium enrichment and to allow international inspectors to access its nuclear facilities.

Black Book’s Ricky Beggs expects to see gasoline prices in the US reach a high point somewhere in the $3.75 to $3.85 range, but it looks like the pattern should be similar to the past two years. From mid-December to mid-February, gas prices sprang up but then receded. Gas pump prices averaged $3.49 last year and this year should be similar.

What’s that mean for new and used vehicle prices this year?

Pickup trucks should continue doing well in new and used sales, and there are a lot of new rollouts on the pickup side, such as the new Ford F150 being shown at the Detroit auto show.

Corporate average fuel economy continued to drop in 2013 and that could continue this year – given the federal mandate to reach fuel economy targets.