What’s The Biggest Threat To Teens’ Safety? It’s Sitting In The Driveway 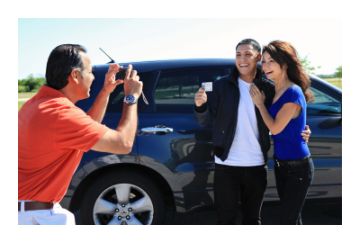 Drugs, alcohol, bullying, and the internet are among the factors that most parents think are the top safety threats to their teens, according to a new public opinion poll, but car crashes are the number one killer of teenagers.

The survey, released Monday by the National Safety Council, a nonprofit advocacy group, found that most parents polled —76 percent — underestimated the risk of teens being involved in car crashes.

“The biggest threat to teens’ safety is sitting in the driveway,” Deborah A.P. Hersman, president and chief executive of the National Safety Council, said in a statement. “The statistics have shown this for years, yet too many parents still do not appreciate that the first year of driving is a particularly deadly time in a teen’s life.”

The poll was released in observance of National Teen Driver Safety Week, held this year from October 18-24.

The results pointed out that while parents may be unaware of the scope of the problem, many understood why teens crash. Seventy-two percent correctly identified lack of experience or poor decision making as leading factors. However, far fewer parents said they enforce rules that help reduce crash risks, according to the survey, and a significant percent said they do not supervise their teens’ driving for the recommended amount of time during the restricted licensing stage.

The council recommends that parents spend at least 50 hours supervising their teens behind the wheel, including 10 at night, during inclement weather or in other challenging driving situations.

Other key findings from the poll:
• Driving at night. Driving curfews suggest parents don’t understand night -time risks. Teens’ fatal crash risk is nearly twice as high at night, yet the recent survey found 45 percent of parents allow their teens to drive until 10 p.m. or later.
• Driving with young passengers. A single young passenger can increase a teen driver’s fatal crash risk 44 percent, but 60 percent of parents surveyed allow teens to drive younger siblings, and 43 percent allow teens to drive with friends.
• Distracted driving. Fifty-eight percent of teen crashes involve some form of distraction, with 12 percent attributed to cell phone use. Parents that drive distracted do not change their behavior when driving with their kids, despite being one of their child’s most important driving teachers; 91 percent who talk on phone when alone also do so when driving with children in the car.

“Parents are encouraged to be driving role models, because teens with parents who set rules and pay attention to their activities are half as likely to crash,” the council noted. It recommends its site for parentsDriveitHOME.org for coaching tips, driving lessons, videos and other resources.