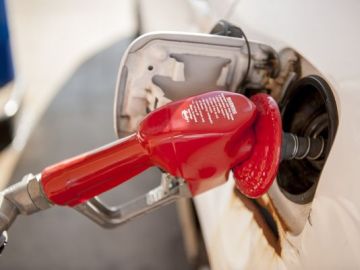 Automakers are bracing for auto safety legislation next year in the wake of a series of high-profile recalls linked to defective General Motors cars and Takata airbags — and a reform bill could be attached to a highway re-authorization bill next spring.

Sen. John Thune, R-S.D., and Rep. Fred Upton, R-St. Joseph have been pressing automakers to do more on auto safety.

Automakers will also be pressing the case to convince Congress to approve more for vehicle to vehicle communications to prevent thousands of crashes, ensuring the final years of the plan to hike fuel efficiency requirements are feasible and tax reform.

“The next Congress will be without some good friends, particularly those from Michigan who were so senior in service and steady in leadership. But we are delighted that the Commerce Committees of such importance to our sector will be chaired by two uniquely capable leaders — Senator Thune in the Senate succeeding Senator Rockefeller and Congressman Upton continuing his service,” Bainwol said. “We also are fortunate that the leaders of both the House and the Senate come from auto states and understand so well the manufacturing story and the amazing innovations (automakers) are putting into the marketplace.”

• In Cleveland, voters overwhelmingly rejected the use of speed cameras and red light cameras — by a nearly four to one margin.

• More than 600 communities in 28 states and the District of Columbia use speed and red-light safety cameras to enforce traffic laws. Michigan does not because then-state Attorney General Mike Cox issued an opinion in February 2007 declaring that red-light cameras are illegal under state law.

• In Massachusetts, voters repealed a state plan to hike gas taxes annually to adjust for inflation after the legislature in 2013 voted to hike taxes three cents a gallon to 26.5 cents.

• In Florida, overwhelmingly voters rejected a sales tax increase to raise $130 million annually to pay to expand Pinellas County’s bus service and build a 24-mile light rail to connect St. Petersburg and Clearwater. A nearby county is working on its own plan for regional mass transit.